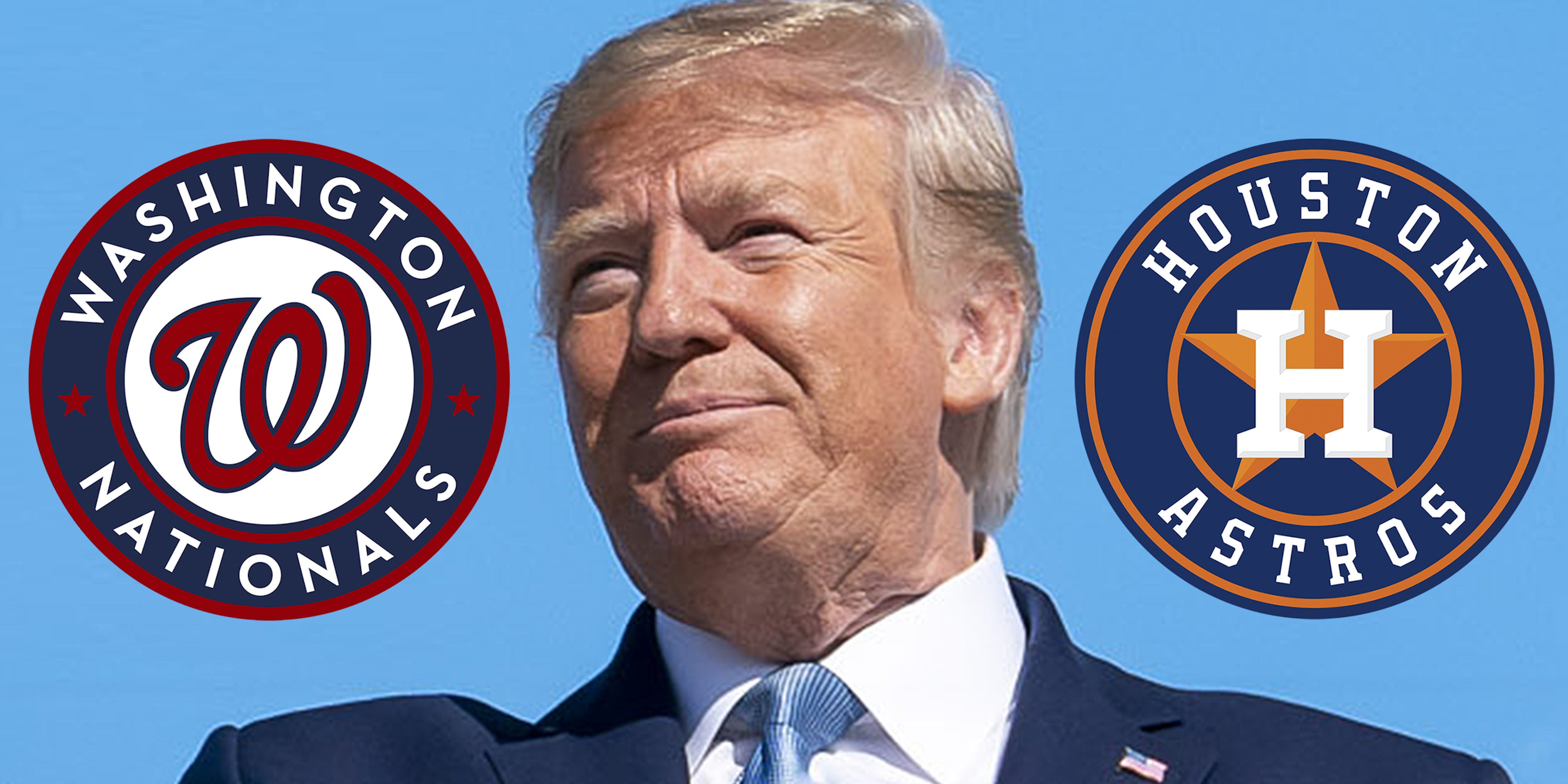 Trump told reporters that he planned to go to the game, but when asked if he would throw out a first pitch he said: “I don’t know, they got to dress me up in a lot of heavy armor–I’ll look too heavy. I don’t like that,” according to pool reports.

(Trump won’t be throwing out the first pitch).

The only thing is… there’s a possibility there may not even be a Game 5, and plenty of people online are now hoping for the Nationals to sweep the Astros to avoid Trump showing up.

A quick refresher: The World Series is a best-of-seven series, meaning the first team to win four games wins. The Nationals have won the first two games against the Astros in Houston, with the next three games scheduled to be played in Washington, D.C.

Because the Nats won the first two games, it gives them a shot at wrapping things up with wins Friday and Saturday.

After Trump’s announcement that he would be in attendance on Sunday, a whole lot of people began hoping for a sweep.

Then let’s hope the Nats win it in 4…

Trump says he’ll attend the World Series if it goes to Game 5. This diehard Astro fan is now hoping the Nats take it in 4. Don’t let Donald desecrate America’s pastime. (Nats, you’ve been impressive, and I love the good sportsmanship I’ve seen from both teams so far.)

Trump has said that he plans to attend game 5 of the World Series in DC so I'm gonna need the Nats to win this in 4. KTHXBAI.

@Nationals have a great incentive to win in 4: @realDonaldTrump has threatened to attend game 5#WorldSeries2019 #Nats

It will be interesting to see what reaction @realDonaldTrump gets when he arrives at the ball park. Or better yet. #NATS can #FINISHTHEFIGHT in 4 which would nullify Trump’s appearance https://t.co/aOd388jBAb

Alright Nats, now we need to win this in 4… https://t.co/l1zmjLKdd2

Just saw a headline that Trump plans to attend Game 5 of the World Series. All the more reason to root for the Nats to win this shit in 4 games.

The likelihood of the Nationals sweeping the Astros isn’t a sure thing. The last time the World Series was a sweep was in 2012 when the San Francisco Giants beat the Detroit Tigers in four straight games.