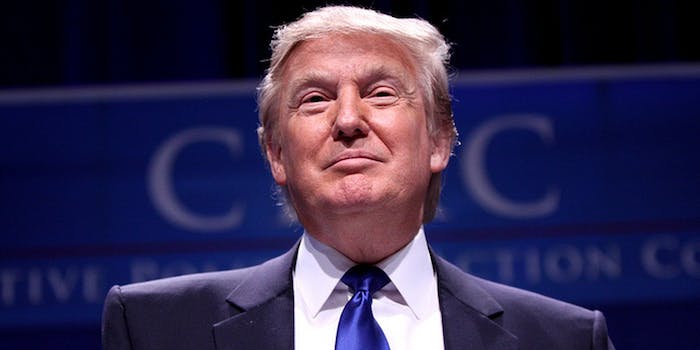 After months of waiting, political news outlets across the country can finally use that headline after all: “Trump to [Insert GOP candidate]: You’re Hired!”

The candidate was Mitt Romney and the location was Las Vegas, Nev. on Thursday, when Trump took to the airwaves announcing his endorsement. Trump had hinted on Wednesday that a major announcement would be coming, and soon after mentions of the businessman and television personality shot up, according to the social media search engine Topsy.

But while Trump thought it was the most important announcement of the day (and Romney tried to look like he cared), most on Twitter thought it was an irrelevant move.