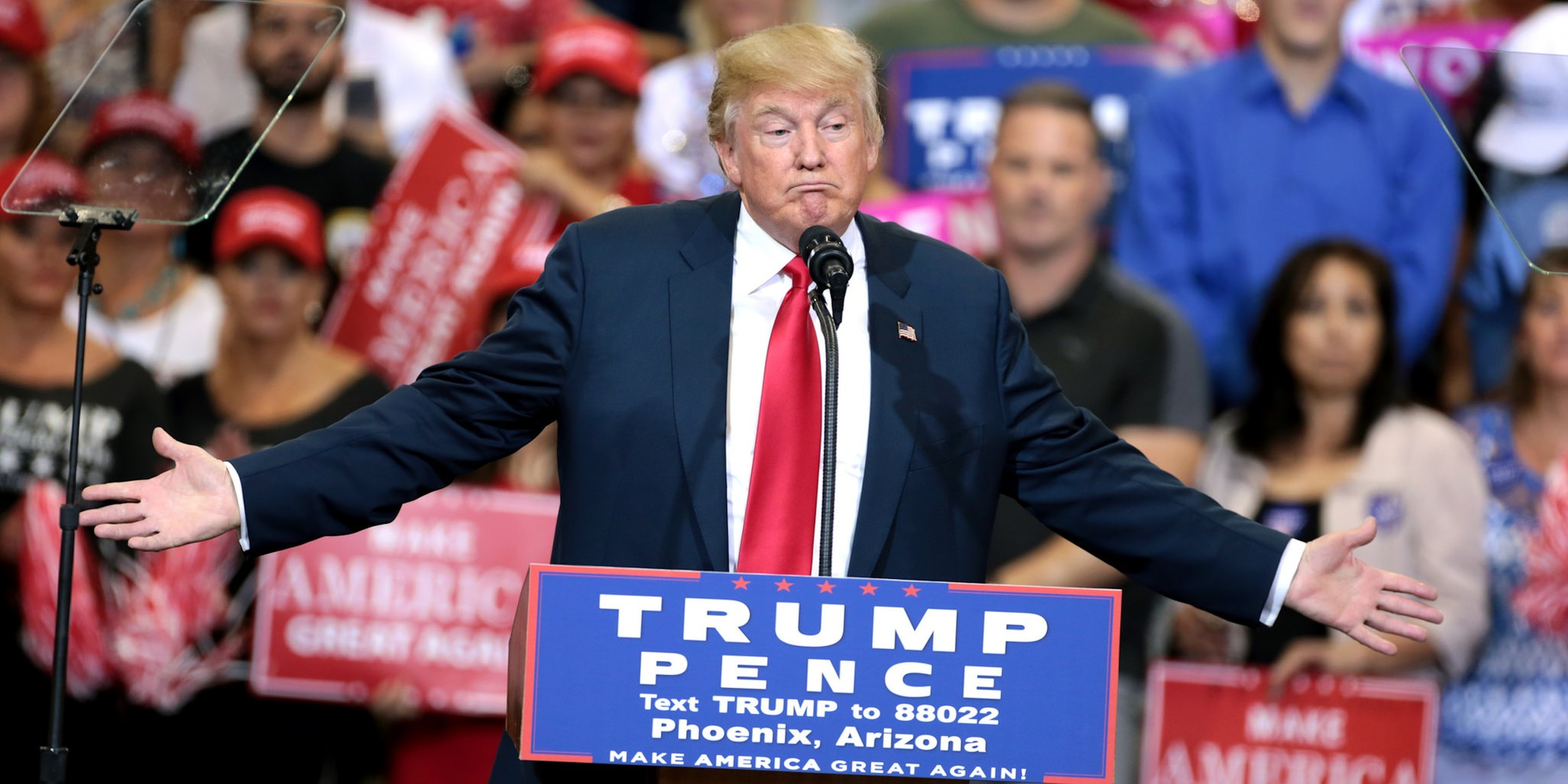 Despite offering no proof, Donald Trump claims millions illegally voted against him

There is no proof of any of his claims.

In a tweetstorm that began Saturday night and entered into Sunday morning, Donald Trump called Jill Stein’s efforts to raise money for recounts in three states a scam and basically called Hillary Clinton a sore loser for participating.

But it sounds like Trump doesn’t believe the election results himself. This is what he tweeted Sunday afternoon and evening.

states instead of the 15 states that I visited. I would have won even more easily and convincingly (but smaller states are forgotten)!

Serious voter fraud in Virginia, New Hampshire and California – so why isn't the media reporting on this? Serious bias – big problem!

There, of course, has been no proof shown that there was any kind of mass voter fraud during the 2016 election (a Texas Trump supporter, however, was arrested for trying to vote twice). Though it’s agreed to participate in the recount vote in Wisconsin—and it will do the same if Stein petitions for a recount in Pennsylvania and Michigan—the Clinton campaign has also said it’s found no evidence of a rigged election. It’s also worth noting that, for all of his Twitter bluster, Trump hasn’t offered any proof either.

We had 1,100 people monitoring the vote on Election Day. We saw no evidence the election was “rigged” no matter what Stein or Trump say. /1

Of course, there’s also this.

If the President-elect believes millions of people voted illegally then shouldn't there be an investigation into the validity of outcome?

As of now, Clinton has amassed a popular vote lead of about 2.2 million. But it wasn’t enough to make her the president-elect. Somehow the actual president-elect can’t believe it either.