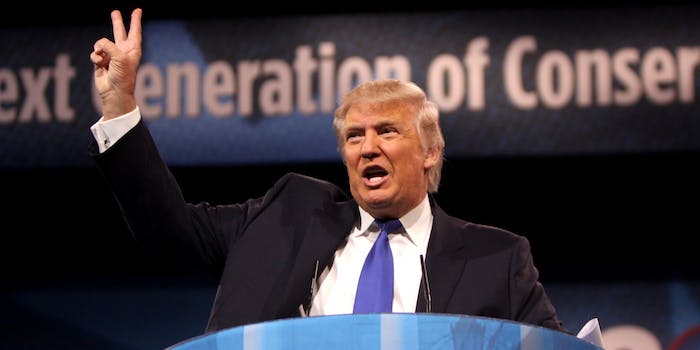 Will they heal America's economy?

Fear not, America. President-elect Donald Trump says he has a game-plan that is certain to lead to more prosperity, happiness, and jobs. Is he right?

The strategy aligns with Trump’s vow to “Make America great again” through isolationist policies, including the deportation of millions of undocumented immigrants, a possible 10 percent tariff on all imports, and plans to spend $500 billion on upgrading America’s infrastructure.

Trump this week took credit—correctly, according to some economists—for a renewed confidence in America’s economy, which rose to its highest level since 2001, according to the Consumer Confidence Index.

The U.S. Consumer Confidence Index for December surged nearly four points to 113.7, THE HIGHEST LEVEL IN MORE THAN 15 YEARS! Thanks Donald!

Trump also touted Sprint’s plan to bring 5,000 jobs back to the United States as a personal success. Sprint later clarified that the 5,000 U.S. jobs are part of parent company Softbank’s prior commitment to invest $50 billion in the U.S., which followed Softbank CEO Masayoshi Son’s meeting with Trump earlier this month. However, according to the New York Times, the plan “predates the election,” an allusion to a $100 billion investment plan Softbank announced in October. Softbank-owned OneWeb, a satellite internet company, will also add 3,000 U.S. jobs, Trump announced on Wednesday evening.

In November, Trump said he saved 1,100 jobs at a Carrier plant in Indiana. A local union leader later disputed the number, saying 550 of the original 1,300 jobs that the company planned to move to Mexico would still be lost.

As a private citizen, Trump has not abided by his incoming administration’s two-step marching orders. According to CNN, Trump’s businesses have hired a total of 1,256 foreign guest workers over the past 15 years, and his Mar-a-Lago Club and Jupiter Golf Club have filed documents to bring in as many as 78 foreign guest workers in 2017.

Trump’s Instagram post comes on the heels of a new Labor Market report, which found that jobless claims fell by 10,000 to a total of 265,000 for the week ending Dec. 24. That puts the U.S. at 95 straight weeks of jobless claims below 300,000—the longest streak since 1970, according to Bloomberg—and shows the economy is approaching full strength.

So, there you have it: two simple rules to shape America’s economy. Whether the Trump administration will follow all the other rules that are out there remains to be seen.