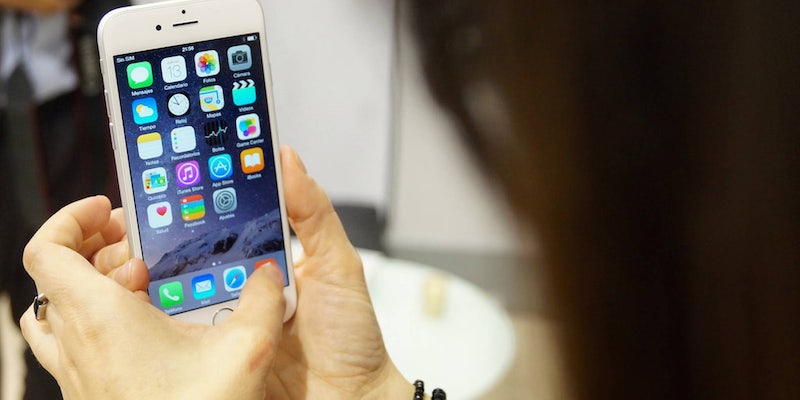 The government won't say who gave it the password.

The Justice Department withdrew its request for a court order compelling Apple to extract data from a drug suspect’s iPhone on Friday night, saying that a third party had provided the passcode.

“Yesterday evening, an individual provided the passcode to the iPhone at issue in this case,” Robert Capers, the U.S. Attorney for the Eastern District of New York, wrote in a letter to Judge Margo Brodie. “Late last night, the government used that passcode by hand and gained access to the iPhone. Accordingly, the government no longer needs Apple’s assistance to unlock the iPhone, and withdraws its application.”

Both cases are part of a concerted effort by the Obama administration to apply the 1789 All Writs Act—which lets judges issue any orders necessary to ensure compliance with their previous orders—to the modern challenge of encryption that protects devices and their stored communications.

The New York phone belonged to a drug suspect who confessed to his crime but said he had forgotten his passcode. Because it was an iPhone 5s running iOS 7, Apple could have extracted the requested data from the phone for police. But when the government asked a magistrate judge to issue an All Writs Act order, he asked Apple to weigh in on whether it should be compelled to help, and the company strongly urged him to reject the government’s request.

It was the first time Apple had objected to performing a procedure it had performed dozens of times before, and it marked the beginning of a shift in Apple’s attitude toward iPhone unlocking and data-extraction requests.

Apple’s new opposition set it up for a high-stakes clash with the government in California, where the FBI wanted to scour the iPhone of Farook for potential evidence of collaboration with other jihadists. Apple could not directly extract data from that device, an iPhone 5c running the better-encrypted iOS 9, but it could have written custom software to make it easier for the FBI to bruteforce the phone’s passcode.

The government eventually dropped its request for that court order after purchasing a tool from a third party that let it bruteforce the code after all.

Friday’s court filing did not identify the person who provided the iPhone’s passcode, but the Wall Street Journal, citing “people familiar with the matter,” reported that it was the suspect, who apparently remembered the code.

Justice Department spokeswoman Emily Pierce said in a statement that the case was “an ongoing investigation” and “therefore we are not revealing the identity of the individual.”

Critics of the government’s attempt to force Apple to help it access locked iPhones have accused the Justice Department of pursuing an end-run around Congress in a heated debate over encryption.

Law enforcement and intelligence officials have pressed Congress to pass a law requiring tech companies to be able to decrypt user data when they receive a warrant. Tech companies and their allies in the security and privacy communities argue that the only way to design warrant-friendly encryption would be to insert backdoors into their code, providing a new target for hackers and undermining their customers’ trust.

“The courts should never have been asked to grant new investigative powers to law enforcement in the absence of a public debate,” Esha Bhandari, a staff attorney with the American Civil Liberties Union, said in an email. “The obligations imposed on technology companies to weaken or bypass the security measures of their products have implications for everyone’s privacy and security.”

This debate, known as the “crypto wars,” began in the 1990s but gained new urgency as tech companies started adopting encryption that even they could not break. Spooked by the Edward Snowden revelations, Silicon Valley did not want to be seen as an arm of the state.

While the New York and San Bernardino court showdowns have ended, others still remain. The government in February secured an All Writs Act order for a phone in Massachusetts. Observers predicted that, with Congress unlikely to bow to law enforcement’s wishes and pass backdoor legislation, the Justice Department would keep pursuing this strategy.

“We are encouraged that the government is able to find ways to proceed in their investigations without seeking judicially-mandated backdoors and forcing business to build surveillance mechanism into digital infrastructure,” Joseph Lorenzo Hall, the chief technologist at the Center for Democracy and Technology, said in an email.

“Unfortunately, there is no indication that the FBI has abandoned this tactic, so it’s likely that there will soon be a new case making the same demands but with different facts.”

Update 11:22am CT, Apr. 23: This story was updated to include a quote from ACLU staff attorney Esha Bhandari.