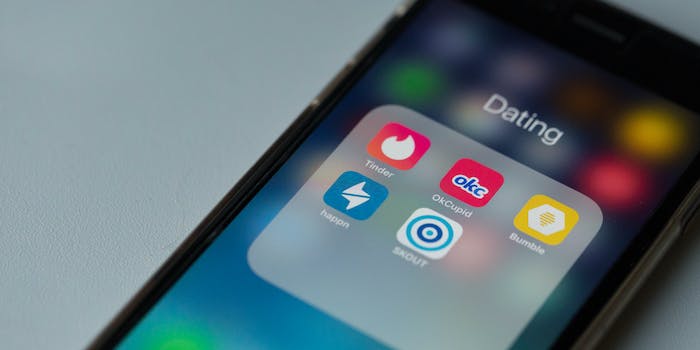 That's one way to dig for dirt on a campaign.

The Democratic National Committee (DNC) recently warned campaign staffers to be wary about what they say and do on dating apps, according to a new report.

CNN first reported on the email, sent Wednesday, that warned that political opposition groups may use dating apps as a way to get information about campaigns ahead of the upcoming election.

The email asked staffers to “swipe carefully” and said that it had “received reports that opposition groups may be trying to ‘sting’ or infiltrate Democratic campaigns or organizations through dating sites.”

The staffers were warned to also make sure any dating profiles they might have don’t have anything that could be used against them, and to make sure that they would be OK with any DMs, emails, photos, or messages “on the front page of the NYTimes.”

The DNC also told staffers to be cautious around any people they may interact with on the app who start asking questions about the campaigns, and to try to discern whether they are generally curious or trying to dig up dirt.

A spokesperson for the DNC told several news outlets that there wasn’t a specific incident that sparked the need for the email, but rather that it was just a reminder to stay vigilant as the election gets closer.