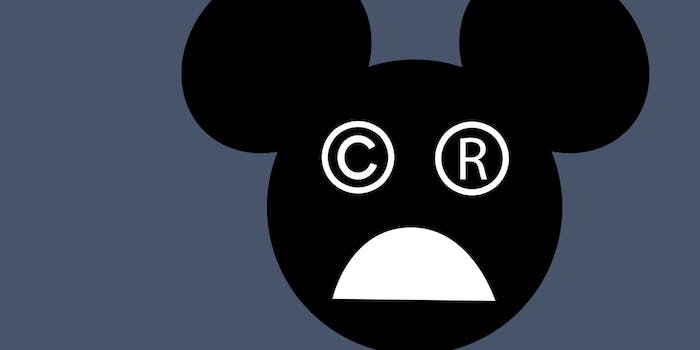 Deadmau5 blasts Disney for using his music without permission

Is there a blemish on Disney's history with respecting intellectual property?

Internet-beloved DJ deadmau5 has found a glaring, ironic footnote in his ongoing trademark dispute with the Disney corporation.

As it turns out, Disney has a whole catalogue of “Re-Micks” videos, which cut together clips from old cartoons with songs by acts like the B-52s, Queen, Bruno Mars, Ne-Yo, and an admittedly pretty awesome one scored by deadmau5, whose real name is Joel Zimmerman.

Disney isn’t exactly hiding the fact that it’s using his song. On its website, the company describes the video as “a spooky cartoon Re-Micks to the tune of Deadmau5’s ‘Ghosts ‘n’ Stuff.'” Problem is, deadmau5, who’s been angrily tweeting to Disney in recent days over the trademark dispute, says neither he nor any of his affiliated representation gave the company permission to use his song.

In a letter published Thursday, his counsel, LaPolt Law, claims that “In addition to Disney’s numerous acts of copyright infringement, the Infringing Video implicates Zimmerman’s…trademarks and rights in and to his name and likeness.” It then demands Disney take down the song by Saturday or face a lawsuit. It is, perhaps curiously, not a standard Digital Millenium Copyright Act (DMCA) takedown, the usual method to demand an American website remove a copyrighted piece of media.

“I would think it likely that a large, sophisticated company would be getting the rights to those songs. but if they don’t, they would be infringing,” Mark Jaffe, a partner at Tor Ekeland P.C. who practices trademark and copyright law, told the Daily Dot.

Daniel Nazer, a staff attorney at the Electronic Frontier Foundation, agreed. “I gotta think that Disney thought they had a license,” he said. Disney didn’t respond to the Daily Dot’s question of whether it had the copyright, and the video is still up at the time of publication.

Does this have anything to do with deadmau5’s attempt to trademark his mau5head logo, which he filed in 2013, and to which Disney recently filed an opposition? Not really. “Different issue,” his lawyer, Dina LaPolt, admitted to the Daily Dot. “Joel is hyper sensitive to anything Disney.”

The status of that trademark itself now in the hands of the U.S. Patent and Trademark Office, which isn’t known for speediness. Regardless of how it will rule, Nazer said, it’s something of a bullying move for Disney, which has a long history of heavy-handed stance on intellectual property.

“Whether or not Disney could win, there’s no question that they shouldn’t,” he said. “[Deadmau5’s] mouse clearly isn’t trying to trade on their goodwill.”