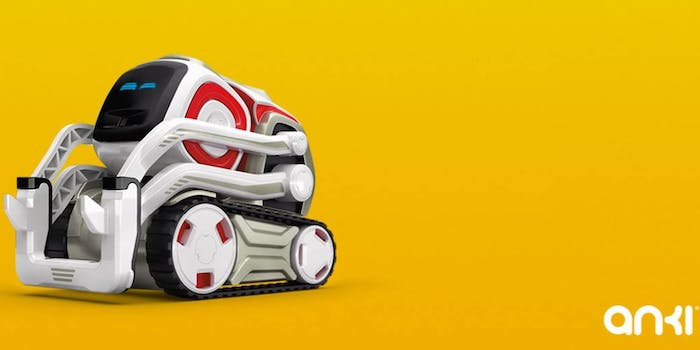 Want a Wall-E of your own? This intelligent robot toy is as close as you can get

You can now preorder this real life Wall-E.

Possibly the smartest toy ever made is now available for preorder. Inspired by Disney robots and designed by Pixar animator Carlos Baena, Cozmo is a miniature artificially intelligent toy capable of expressing emotions and interacting with humans. 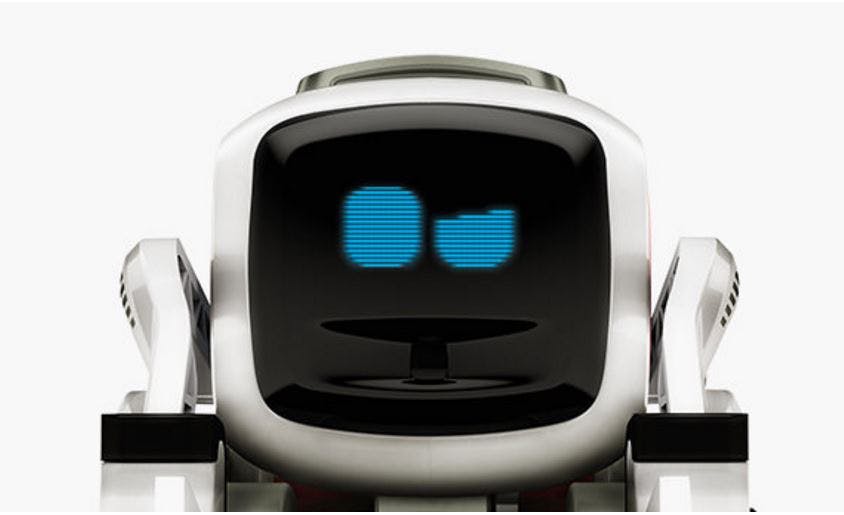 The small toy looks very much like Pixar’s Wall-E, equipped with a bulldozer blade and a head that looks like a CRT TV screen. The cute device is controlled using a smartphone.

It does an innocent little shake as if waking up when turned on, but that’s just the first of many convincing facial expressions, noises, and movements, the toy uses to make it seem like a real life robotic pet.

The robot has a built-in camera and facial recognition technology to remember different people and adapt with them individually. It’s bulldozer blade can lift at different speeds and heights, and its head can turn and tilt. In practice this allows the robot to react to different situations. For example, if the robot is picked up when it doesn’t want to be it will give an angry face and shake its head. If it wants to play it uses its arms to try to pick up your finger.

Cozmo is the creation of Anki, a robotics company known for its smartphone-compatible toy cars. The company was created by three Carnegie Mellon robotics students in 2010, who have been working to create an artificially intelligent device ever since.

The robot’s appeal is largely based on its ability to show appropriate emotions in the way a Disney character might. Cozmo uses its eyes to create dozens of different facial expressions to display its feelings. Those facial expressions are combined with noises which give the robot its “procedural voice system.”

All of this comes together to create Cozmo’s well defined personality, one designed to keep kids entertained, and put a smirk on the face of adults. Creators of the device described Cozmo as “mischievous,” “rambunctious,” and “smart,” all adjectives one would normally associate with a human.

The toy is designed for ages 8 and up and will cost $180 when it is released in October. That is a lot of money for a tiny toy robot, but there is a lot of technology packed in its little frame.

The bot uses 4 transmissions with dozens of gears for movement. Each robot is made of 300 different parts comprising its AI systems, robotic accelerators, animation, gyros, computer vision, etc. to help the robot make thousands of decisions per second. Its battery lasts a rather impressive two hours and only takes eight to 10 minutes to charge.

Despite the possible annoyance of having a toy robot snoring on your desk, the Cozmo appears to be a brighter example of how AI can “become a member of your family,” especially when compared to the creepy Zenbo robot Asus created.