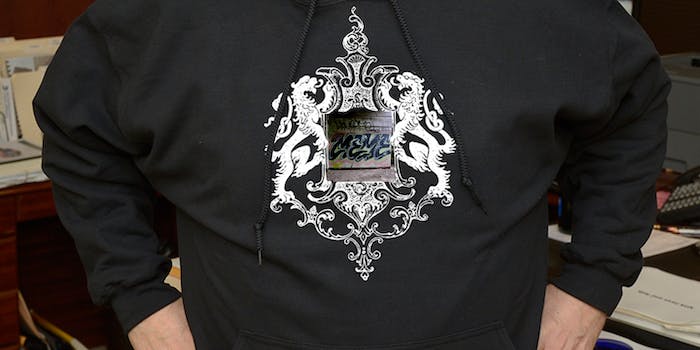 Digital photo shirt might be the worst Kickstarter ever

If you find something like a smartwatch—which at least has some type of real, tangible purpose—to be too ostentatious for your own tastes, prepare to gag at the newest wearable to appear on Kickstarter: the digital photo shirt. Well, at least I think that’s its name, you see, the actual Kickstarter page is so poorly laid out that I have no clue what they are actually calling these things, but they do mention it being a “photo shirt” at least once so we’ll go with that.

The idea here is that you’ll for some reason want to wear a shirt with a small LCD screen embedded in it. You can put any photo you want on the screen, though whoever wrote the Kickstarter description suggests using photos of your World of Warcraft character or Sims avatar… for some reason. No, seriously, of all the things I could possibly want to put on a shirt, a photo of my video game character is probably close to last on the list.

If you can think of anything you would want to put on the tiny screen—which, by the way, appears to stretch and distort the images grossly, based on the example images—you can add them to the built-in 16MB of memory. Who knows how long the screen will actually function for, though, as there is no mention of the size or capabilities of the rechargeable battery that powers the display.

A few other oddities you’ll notice of this campaign include the use of presidential portraits in the example images, the photos of “discontinued prototypes” that could very well just be images of generic computer pieces, and the fact that larger donation amounts come with nondescript “founders rewards” that have no description whatsoever. Want to pledge $1,600 to the project? Great! You’ll get… well, something, I guess. Maybe.

There’s also the issue of what the shirt actually looks like. The example images show a black shirt with weird gargoyles on either side of the square screen window, while the other sample images show just plain black shirts and hoodies. Is there or is there not a design on the shirt? Do they even know? All of this is to say nothing of the fact that the idea of wearing a digital slideshow of anything on your chest is pretty obnoxious. However, if you for some reason you are swayed by the low-budget campaign, lack of concrete details, and mysteriously vague reward teirs, you can order one of these shirts by pledging $79 to the Kickstarter fund.