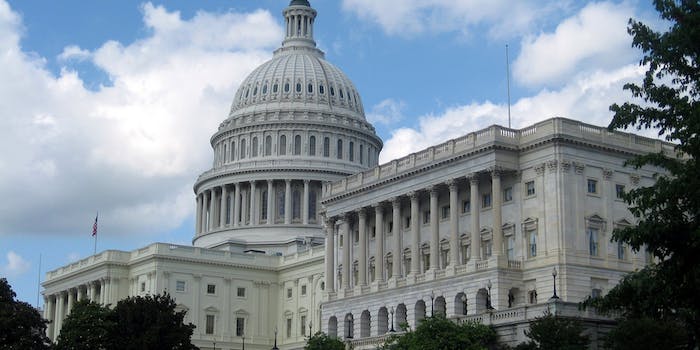 The new office would be tasked with preventing billions in government waste on IT projects.

Following Healthcare.gov‘s problematic roll-out at the end of last year, a pair of Democratic lawmakers are offering up a legislative solution to the federal government’s costly and frequent problems developing large-scale technology projects.

A new bill proposed by Reps. Anna Eshoo (D-Calif.) and Gerry Connolly (D-Va.) would create the U.S. Digital Government Office—a specialized hub for reviewing and guiding major IT projects across all federal agencies. The bill also aims to make IT contracting more competitive and turn the role of U.S. Chief Technology Officer into a permanent position.

“Studies show that 94 percent of major government IT projects between 2003 and 2012 came in over budget, behind schedule, or failed completely,” Eshoo said in a written statement. “In an $80 billion sector of our federal government’s budget, this is an absolutely unacceptable waste of taxpayer dollars. Furthermore, thousands of pages of procurement regulations discourage small innovative businesses from even attempting to navigate the rules.”

Healthcare.gov has placed renewed emphasis on this issue, but it is hardly the only govenrment IT project to encounter difficulties or run over budget.

When it launched in October, Healthcare.gov, the primary vessel for purchasing health insurance under the recently enacted Affordable Care Act, met with a host of technical problems. Early on, the site was swamped by high demand and many users reported timeouts and crashes. The user experience has dramatically improved, but the number of people to have enrolled in health insurance plans still lags behind the administration’s original goals. There are also ongoing security concerns regarding the site.

The primary government contractor behind the site, CGI Federal, has since been dismissed from the project. This company has a long history of bungling local, state and federal IT projects. One of their predecessor companies, AMS, was once fired from a project to create an automated retirement benefits system for federal employees. In that case, the company ran $60 million over budget without ever delivering a functional program.

It’s with this track record in mind that Eshoo and Connolly hope to change the way the government handles these kinds of projects. At the heart of their proposed legislation is a plan to create a dedicated office that will midwife larger IT projects into existence. This office, staffed with tech-savvy individuals, would have authority over all other government agencies. The bill’s sponsors say many government agencies are lacking expertise in this area.

“In the 21st century, effective governance is inextricably linked with how well government leverages technology to serve its citizens,” Connolly said.

The bill also makes permanent the role of Chief Technology Officer, an executive position originally created by President Barack Obama in 2009 and currently occupied by Todd Park. The bill would enhance the powers of this position to let the CTO hire people outside the standard government pay schedule—a move that would allow the government to compete with salaries offered by private sector companies.

The U.S isn’t the only country to create this kind of role in recent years to respond to the growing technological demands placed on governments. The U.K. has already created a cabinet-level executive director of digital.  The man who currently holds that post, Mike Bracken, told NPR last year the United States and other countries lacked the ability to respond to IT issues as quickly as they should.

“One of the issues that you have here, and other countries have, is the absence of a delivery capacity — the absence of being able to put your hand on teams of highly skilled, multidisciplinary technical and digital and policy people and deploy them at points of real urgency,” Bracken said.

The most concrete change proposed in Eshoo and Connolly’s bill is a loosening of contract bidding rules to allow greater competition from smaller, more innovative companies. Agencies hoping to work on any technology projects valued at more than $150,000 have to endure a more rigorous application process. The bill’s sponsors argue that limits the pool of potential contractors to the same group of big name players, like CGI Federal, who’ve proven themselves unreliable. By increasing the threshold for this heighten bidding process to $500,000, the bill’s sponsors hope to attract smaller, more nimble companies.

Eshoo and Connolly have released their proposed law in draft form, courting discussion from other lawmakers, before formally introducing the bill into the legislative process.