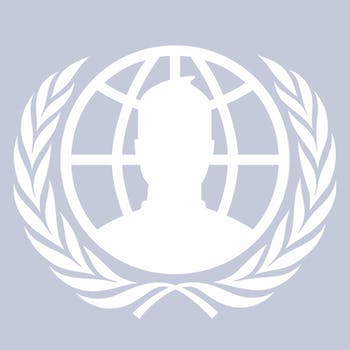 The U.S. government has proven a leader in diplomatic social media as well, and Switzerland has paid close attention to the American experience.

Dick Costolo predicted that the 2012 presidential race would be the “Twitter election”—and to a certain extent, he was right.

President Barack Obama campaigned hard online, canvassing Web communities from Reddit to Tumblr. More importantly, his team spoke the language of the Internet, communicating not with sound bytes but with animated GIFs, tweets, pinboards, and memes.

The U.S. government has proven a leader in diplomatic social media as well, and Switzerland has paid close attention to the American experience, along with the white papers released by the diplomatic service on the use of public media.

Nearly two years ago, Switzerland launched its own social-media pilot program. Ten selected embassies and consulates were free to experiment with social media on a one-by-one basis. The lessons they learned, their successes and failures, would be routed through to the country’s captial, Bern, where the Swiss government would produce a national diplomatic social-media policy.

A year later, Switzerland launched a Facebook page that they still consider to be their “main community.” Since then, the country followed with YouTube, Tumblr, Twitter, Flickr, Scribd, Instagram, and Paper.li. When you consider how careful governments are, especially in terms of cultivating their images abroad, the Swiss project seems very brave.

Sweden is probably best known, when it comes to social media, for turning over its official Twitter account, @sweden, to a rotating cast of ordinary citizens, beginning in 2011. @Sweden has remained totally uncensored, even during the weeks it was run by some dude who tried to sell the account on Craigslist.

But Carl Bildt, Sweden’s minister for foreign affairs, was involved with social media long before the famous Twitter experiment. He has been blogging since 2005 and on Twitter since 2006. He brought his interest and experience to the job with him.

Gabriella Augustsson, the public diplomacy press and communication counselor for Sweden’s embassy in D.C. told the Daily Dot that Bildt issued a directive at the beginning of February that every Swedish embassy use both Twitter and Facebook. Within three weeks, all 103 had gotten on board.

In some ways, consulates—like Switzerland’s in New York—have it easier than embassies.

“Our social media focuses on a lot of fun, cultural events, connecting with educational institutions and businesses,” Charlton said. “We’re different in that we don’t approach controversial topics. We want to be very neutral.”

That doesn’t stop the public from attempting to put the Swiss consulate on the spot through social media. A frequent obstacle is the public’s insistence on, say, tweeting the consulate about visa issues or dropping a question on a Facebook post. Jennifer Charlton, a social media specialist and communications associate for the Consulate General of Switzerland in New York, has to refer them back to the proper email address.

Balancing the uses of social media seems to be a challenge common to embassies. One of the ways Sweden strikes that balance is by keeping in mind that, as Augustsson said, “Social media is not a communications platform by itself —instead it’s an integrated part of the outreach program that the embassies continuously work with.”

Nonetheless, social media interaction “poses questions relating to how to deal with official matters.” The embassy does not want to meddle in an authoritarian way with the free public expression and trading of information, but has had to remove comments that revealed personal details, according to Augustsson.

“Finding a way to make it easy for everyone to find the information they want is a day-to-day struggle.”

Charlton has started a popular monthly diplomatic social media meetup in New York to trade stories and experiences. The majority of the participants are from European missions, though that has started to expand.

The European diplomats in particular have one interesting obstacle that may surprise some Americans.

“There is a culturally different approach to social media in Europe,” she said, “with Europeans being very focused on privacy.”

This cultural concern has led to many laws being passed and lawsuits being filed against American companies like Google in Europe, who are often seen as excessively intrusive. However, it also means that some European diplomats trying to leverage social media may be in an undiscovered country. Perhaps not Sweden, however.