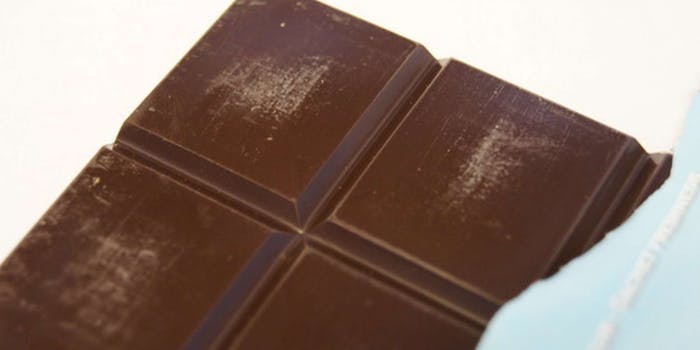 This app wants to fix your acne by changing your diet

A new app is trying to save teens from acne by teaching them about a healthy diet.

Could an app save millions of teens from oily faces? While that might seem unlikely, diet and acne exists nonetheless—a new science-based iPhone app to teach acne sufferers what the food they eat does to their skin.

The free app uses information from a large number of acne and dietary studies to show users the scientific evidence on how foods are linked to acne, including chocolate, fat, and sugar. There were some surprising results.

“Users may be surprised to learn that there is no conclusive evidence that has linked chocolate and acne,” said the app’s creator, Diana Cohen, M.D., who created the app while she was still a student at Northwestern University. “Although one small study found that eating 100 percent cocoa could worsen acne symptoms.” The app rates whey protein, omega-6 fatty acids and foods high in sugar and dairy (especially skimmed milk) as posing a high-risk of acne; while foods rich in antioxidants, like blueberries and fiber have been shown to lower the risk of acne.

Cohen believes apps could be the future for health campaigns but fears commercialisation “People all over the world are turning to mobile apps as a source of information regarding health issues, but most of the apps out there are not evidence-based, and some exist to just sell a product.”

“This app is different because it uses evidence from a systematic review of peer-reviewed literature and puts it at a patient’s fingertips.”

While it’s too early to see whether diet and acne will make a significant difference to the lives of acne sufferers, so far the reviews have been mixed: