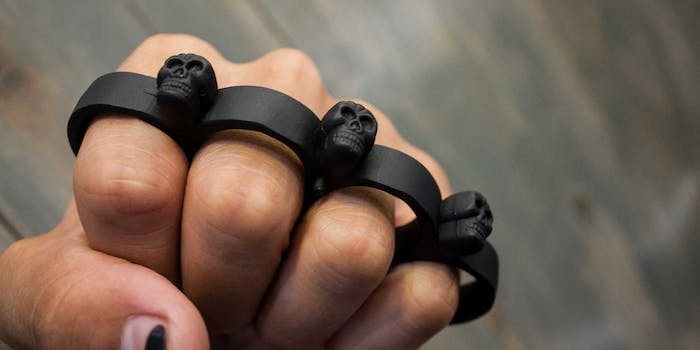 Whether you need dinner reservations, a quick ride across town, or a hot cup of coffee, your smartphone can make it happen. But what if you need a bitter rival roughed up a bit? In China, there’s an app for that too.

An app called Didi Da Ren, which translates to “Didi Hit People,” was initially created as a satirical “Uber for assaults” by a Chinese talk show. Now, an extremely similar—and very real—app has popped up on app stores in the region, and it’s become quite popular. Reporters for China’s Yunnan newspaper put the app to the test and were easily able to find a self-proclaimed thug who was willing to put someone in the hospital for as little as $32. The man, who went by Lei, said all he needed was a time, location, and photo of the victim for identification, and he would take care of the rest. Lei also claimed that he had so many bookings via the app that any request would have to be pushed out at least two days.

The company that originally published the app claims that it never intended for the app to be used for assault, but instead for various legitimate jobs. A spokesperson for the company noted that staff have been directed to remove any jobs that involve violence or illegal activity.

The app, which is available for Android phones only, is available on several third-party app shops and has been downloaded at least 48,000 times already. Since its spike in popularity, it has been removed from at least one app marketplace, but remains available for download on multiple others.