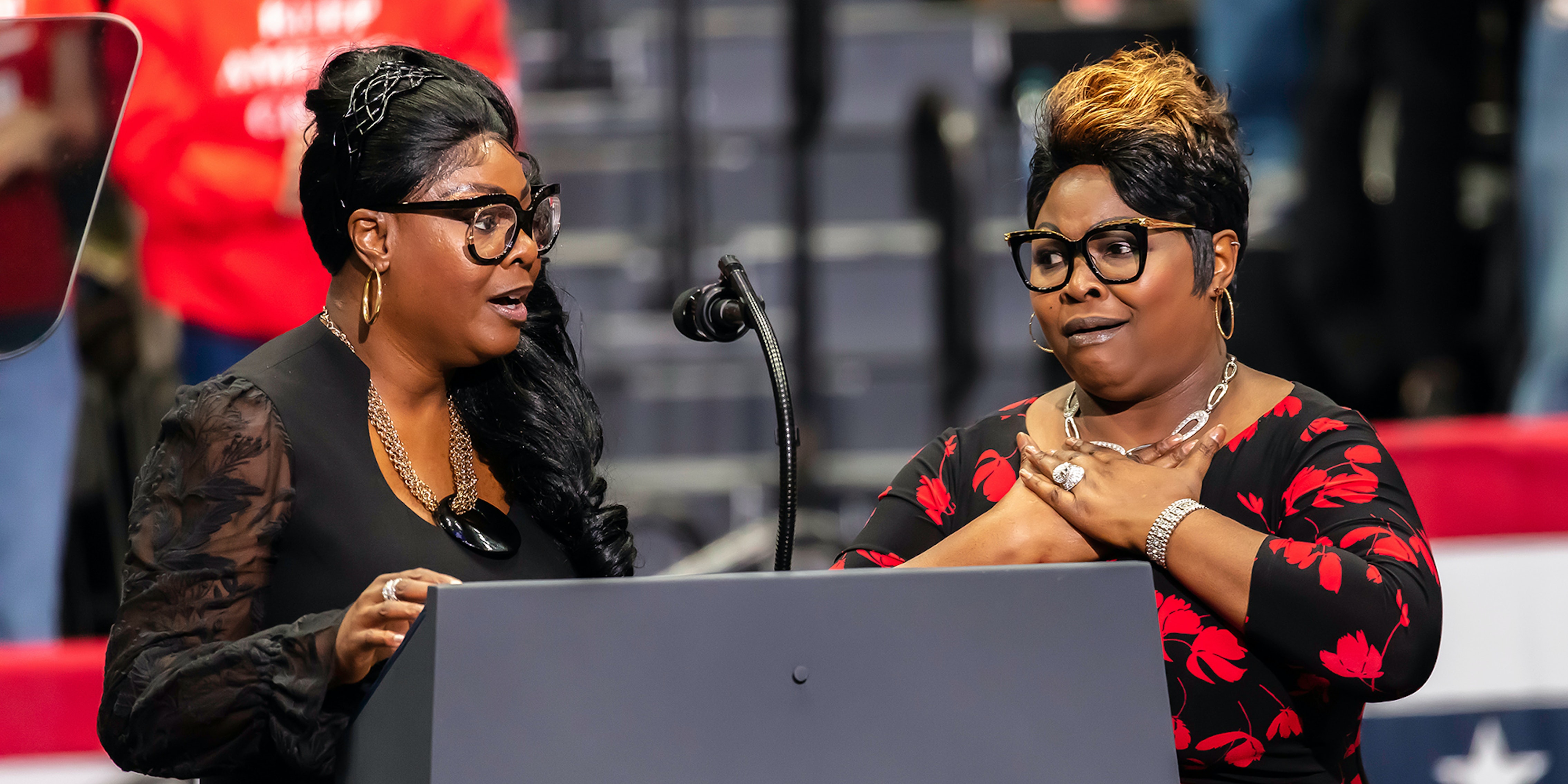 'Many call it a conspiracy theory.'

On Saturday, conservatives gathered for the memorial service for Lynnette “Diamond” Hardaway, who passed away two weeks ago. Diamond and her sister, Rochelle “Silk” Richardson, were the right-wing media duo known as Diamond and Silk.

Silk used her eulogy to blame the COVID-19 vaccine for Diamond’s death. This was a bit surprising, as Diamond and Silk have spent much of the last few years railing against the COVID vaccine. If the vaccine was to blame, it would logically follow that Diamond must’ve taken it even as she criticized mandates and questioned its efficacy.

Silk explained this away by suggesting that the phenomenon in the anti-vaxxer world known as “shedding” caused Diamond’s untimely death. The fictional claim that vaccinated people can “shed” spike proteins and infect others with the vaccine has been circulating since at least 2021, when PolitiFact debunked it.

She also suggested that there’s a nefarious plot to kill off a bunch of people using the vaccine.

“Many call it a conspiracy theory. I call it murder,” Silk said.

Silk layered disinformation about shedding with the even more bizarre and equally false claim that humans control animal populations by injecting a single animal with a sterilization drug which then spreads to the others.

“In the wild, when they want to depopulate and sterilize a large group of animals, they usually inject one animal, and then that one animal infect the rest of the animals,” Silk said. “So technically and according to the science, it doesn’t matter if you’re vaxxed or not.”

Researchers have been working on non-surgical sterilization injections for animals for years. There have been some breakthroughs, such as a drug that neuters puppies, but there is no evidence it’s somehow possible to “catch” sterilization from another animal.

Silk’s baseless claim that her sister was somehow infected by contact with vaccinated people sparked an immediate stir online.

Anti-vaxxers, who see any illness or unexpected death as evidence that the vaccine is deadly, took Silk at her word.

Rep. Marjorie Taylor Greene (R-Ga.) tweeted a clip of the eulogy and wrote, “I demand an IMMEDIATE investigation into Covid vaccines and the dramatic increase of people dying suddenly! This can no longer be ignored and is NOT political.”

Others suggested that it’s more likely that Diamond’s cause of death was related to the illness she experienced in November. The illness was serious enough that they asked people to pray for her.

Many assumed that Diamond had contracted COVID, but neither revealed what caused her illness. Her cause of death also hasn’t been made public.