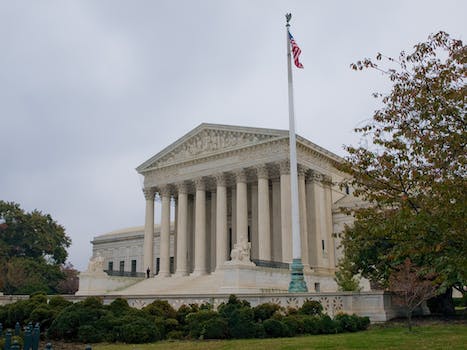 House Intel Chairman wants 'further consideration of this matter by the courts.'

Following a major defeat for the National Security Agency in a federal court Thursday morning, the chairman of the House committee that oversees the NSA expressed his hope that the U.S. Supreme Court would step in and undo the damage.

“I believe the NSA bulk telephone metadata program to be constitutional, authorized by Congress, and subject to multiple layers of oversight from all three branches of government,” Rep. Devin Nunes (R-Calif.), chairman of the House Intelligence Committee, said in a statement. “In light of today’s ruling, I look forward to seeing further consideration of this matter by the courts.”

The U.S. Court of Appeals for the Second Circuit ruled Thursday morning that the NSA’s bulk collection of data related to Americans’ phone calls exceeded the statutory basis for its surveillance operations under the USA Patriot Act, which was passed in the wake of the Sept. 11, 2001, terrorist attacks to expand the intelligence community’s collection capabilities.

“We find that the program exceeds the scope of what Congress has authorized,” Judge Gerard Lynch wrote in the court’s unanimous opinion.

Because the government lost at the appeals court level, the only possible avenue for “further consideration” by the judiciary is the Supreme Court.

The appeals court’s decision comes as both houses of Congress consider legislation to reform the U.S. intelligence community before key provisions of the Patriot Act expire on June 1.

The House is likely to pass a compromise bill called the USA Freedom Act that reauthorizes the Patriot Act with some reforms but does not go as far as civil-liberties groups believe is necessary. Senate leaders have said the upper chamber will not take up the House’s bill but will instead consider their own legislation. Senate Majority Leader Mitch McConnell (R-Ky.) is pushing a “clean” reauthorization of the Patriot Act with no reforms.

The White House did not say whether it would seek a review of the appeals court’s decision by the Supreme Court. Ned Price, Assistant Press Secretary and Director for Strategic Communications at the National Security Council, told the Daily Dot in an email that President Obama “believes we should end the Section 215 bulk telephony metadata program as it currently exists” in favor of “an alternative mechanism,” but did not comment on the specifics of the Second Circuit case.

A spokesman for Sen. McConnell would not say whether the majority leader wanted the Obama administration to appeal the decision to the Supreme Court. Spokespeople for Sen. Richard Burr (R-N.C.), the chairman of the Senate Intelligence Committee, did not respond when asked the same question. A spokesman for Sen. Dianne Feinstein, the top Democrat on the Intelligence Committee and a strong backer of the surveillance agencies, also did not respond.