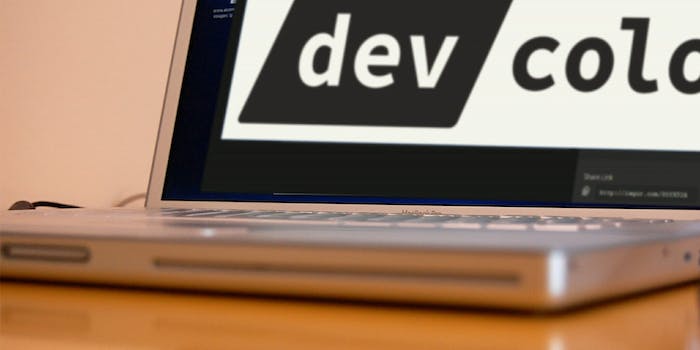 The tech industry has a diversity problem, and there is a staggering lack of black representation in the U.S. workforce.

Makinde Adeagbo, an engineering manager at Pinterest, wants to give black engineers the mentorship and community they need to not just succeed, but stay and thrive in the technical workforce. On Tuesday, Adeagbo launched /dev/color, a nonprofit organization that connects black software engineers across the career spectrum to mentors and opportunities within the tech community.

Inspired by his own work mentoring a Stanford University computer science student, providing guidance and connections to the young man who has now finished his third internship at Facebook, Adeagbo started /dev/color to scale the opportunity he provided to the student to black software engineers across the industry.

And diversity remains a huge issue: At Apple, for instance, 8 percent of the workforce is black. Two percent of Facebook employees are black. And the black representation at Pinterest, where Adeagbo works, is just 1 percent.

“There’s a long way to go before a lot of different groups are represented as they should in tech companies, but more specifically in software engineering,” Adeagbo said in an interview with the Daily Dot. “People sometimes try to look for the one thing they can do to fix it all, and the reality is that it’s going to be a collection of efforts that do it. What we’re excited to do is to focus on a part of the pipeline that people haven’t focused on in a while, which is: Once somebody gets into computer science, getting people connections and resources and support to stay in the industry and continue to excel.” 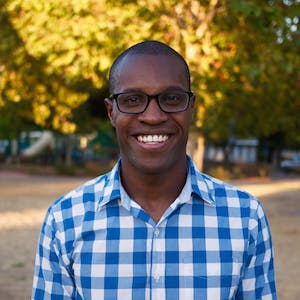 Pinterest is providing support to /dev/color, giving Adeagbo the time to focus on building out this nonprofit. The company also included a mention of the program in its comprehensive diversity hiring goals announcement earlier this year. /dev/color is working to get more Silicon Valley companies involved in the organization, and ultimately expand to other parts of the U.S.

So far, 20 black engineers are members of /dev/color, all working as mentors and mentees, and range in experience from college students to mid-career tech employees. Pinterest, Airbnb, and Facebook engineers are a part of the organization, as well as students from Stanford and Berkeley.

/dev/color hosts off-the-record events with tech leaders including Ken Coleman at a fireside chat at Pinterest, and Mike Schroepfer at Facebook. Adeagbo said participants find it extremely valuable to hear candid, unfiltered conversation from people well-established as leaders in technology.

Coleman’s talk was particularly popular. People told Adeagbo that it was amazing because it was the first time they received career advice from a black professional more senior than themselves.

“It just speaks to how rare it can be to interact with industry leaders who look like you in tech,” he said.

/dev/color plans to grow, but taking a very focused and specific path, Adeagbo said, in order to ensure everyone involved is getting as much as they can out of the community. The group plans on looking into including a new group of engineers into the organization later this year.

“There’s less emphasis on warning people about what it’s like, but more of encouraging them to take the risk coming out here, and making sure they’re supported as they’re out here and as they come up against issues,” he said. “Making sure they have a sounding board and they know they’re not alone going through those issues.”

Photo via Andrew*/Flickr (CC BY SA 2.0) | Remix by Fernando Alfonso