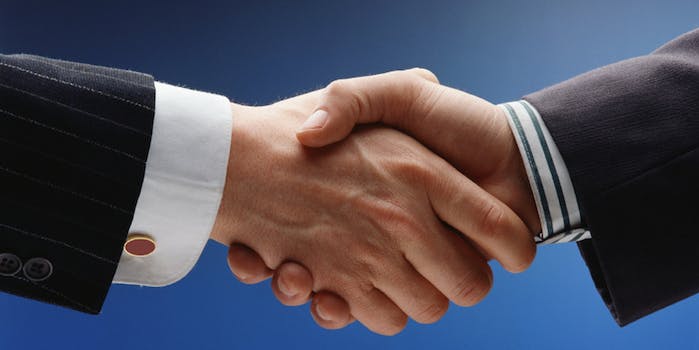 Because increasing pay and expanding benefits made too much sense?

If you can think of a way to make the U.S. Department of Justice sound like a desirable employer while spending less than $544,338, maybe you should be working there. The good news is they’ll be recruiting you directly via social media soon. All of that taxpayer dough was dropped on a contract with Carahsoft Technology Corporation, which will be tasked with bettering the DOJ’s “brand” on LinkedIn, a free professional networking website.

Yes, the government will now enjoy pricey unlimited access to the profiles of all 250 million users via the site’s “recruiter” service, with Carahsoft providing an “enhanced company profile” and “targeted online job advertising” to highly qualified individuals. Could they have had someone who already works in the department do that? Probably! But making it rain is so much more fun.

Oh, and about the cost: it’s a “fair and reasonable price” based upon “[c]ompetition among resellers” of LinkedIn products, so don’t get bent out of shape. Besides, this way the DOJ can ensure that “minimal staff resources” are used in the search for the next generation of employees. Eventually, someone over there might point out that both millennials and federal judges find LinkedIn to be spammy and mostly worthless, but let’s not spoil the surprise.

The contract has drawn a bit of attention, with the DOJ profile’s follower count rising from the triple digits to 27,418 on the news. But as Michael Dorstewitz pointed out over at BizPac, it’s not as though they’re “in competition with other federal law enforcement agencies,” and there’s no shortage of jobless people just out of law school. Any employer this desperate for applicants must have a terrible softball team indeed.