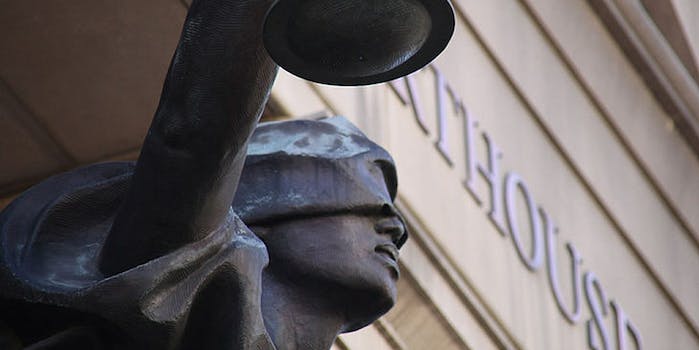 Study shows the government is letting white-collar criminals off easy

A new report suggests the Department of Justice’s commitment to putting corporate criminals in jail has waned significantly over the past decade. That’s the conclusion of research released earlier this week by Syracuse University’s Transactional Records Access Clearinghouse (TRAC), a government transparency group that has spent a quarter-century trying to hold federal agencies accountable for promises made to the American people.

The study is based on hundreds of thousands of records TRAC sued the federal government three times under the Freedom of Information Act over a period of 17 years to obtain. It shows that, between 2004 and 2014, the frequency of Department of Justice prosecutions against corporate criminals has declined by 29 percent.

The period of the study begins in 2004 because that’s around the time the DOJ began keeping keeping data separating prosecutions of individuals vs. prosecutions of corporations.

While it’s impossible to say whether or not this drop is the result of an actual decrease in the rate at which corporations break the law, the study notes that referrals for prosecution from other government agencies such as the FBI and IRS have actually ticked slightly upward.

Over the same period of time, the study’s authors add, the DOJ has increased its overall number of prosecutions for individuals by more than 25 percent. A significant portion of this jump can be attributed to the agency’s increased aggressiveness in prosecuting violations of immigration laws.

The memo urged prosecutors to “take into account the possible substantial consequences to a corporation’s employees, investors, pensioners and customers” when deciding to press charges. The concern was that filing an indictment against a company could negatively affect the economy, when simply reaching a monetary settlement with the firm could function as punishment without putting quite as many jobs at risk.

After the DOJ indicted accounting firm Arthur Anderson in 2002 for its alleged complicity in helping energy giant Enron hide massive financial fraud, the company soon shut its doors. Fallout from the charges, which were later dropped, left Arthur Anderson’s some 28,000 American employees out of work.

As a result, the agency has grown increasingly gun shy on criminal prosecutions in favor of extracting large fines as part of voluntary settlements. It got international banking behemoth HSBC to shell out almost $2 billion for knowingly helping launder the money of Mexican drug cartels and Middle Eastern terrorist organizations. Automaker General Motors agreed to pay $900 million as part of a deferred prosecution agreement regarding faulty ignition switches that caused at least 124 deaths.

The problem, argues Burnham, is that, while paying a fine, depending on its size, can hurt a company’s bottom line, the practice does little to strike fear in other corporate executives considering playing fast and loose with the rules. “What is the deterrent of having General Motors pay a fine and set up an oversight system?” he asked. “Well, it’s not much.”

Burnham added that the DOJ’s practices don’t square with official rhetoric about the agency’s commitment to taking corporate and white-collar crime seriously. “Every time there’s a new Enron or Madoff or whatever scandal the DOJ runs out and says its going to go after corporate crime,” he said. “In fact, they don’t.”

Representatives from the DOJ did not respond to a request for comment.

This report follows a similar study TRAC released earlier this year looking at the DOJ’s prosecution of white-collar crimes against both corporations and individuals. That report found the number of prosecutions white-collar criminals has dropped by more than 36 percent from two decades prior.

Collateral damage isn’t the only reason DOJ officials may be more reticent to prosecute big corporations than undocumented immigrants. Undocumented immigrants typically don’t have lawyers, while big companies typically have teams of them, which makes actually prosecuting cases a difficult and expensive proposition in terms of the agency’s limited resources.

However, in a memo issued issued last month, Deputy Attorney General Sally Yates insisted the department was going to redouble its efforts at prosecuting corporate crime. “One of the most effective way to combat corporate misconducts is by seeking accountability from the individuals who perpetrated the wrongdoing,” Yates wrote. “Such accountability is important for several reasons: it deters future illegal activity, it incentivizes changes in corporate behavior, it ensures that the proper parties are held responsible for their actions, and it promotes the public’s confidence in our justice system.”

While acknowledging the inherent difficulty in prosecuting corporate crime, especially when senior executives “who may be insulated from the day-to-day activity in which the misconduct occurs,” Yates proposed a series of policy changes aimed at holding individuals accountable, such as focusing on the conduct of individual employees from the outset of an investigation and only giving companies credit for cooperating with investigators if they identity specific employees who broke the law.

The first major test of the DOJ’s new tough talk on corporate crime is likely to be Volkswagen, which was recently revealed to have installed software on its diesel automobiles that systematically hid the emissions levels of its vehicles when they were being tested by regulators. The software was installed in up to 11 million vehicles sold around the world, nearly half a million in the United States.

While the Environmental Protection Agency can issue civil penalties to Volkswagen per vehicle sold, which could end up costing the company up to $18 billion, the DOJ is also in a position to carry out criminal prosecutions against the company. The Clear Air Act criminalizes knowingly making false statements to the EPA about automobile fuel emissions.

The DOJ has not yet indicated if it will take action against the German automaker.