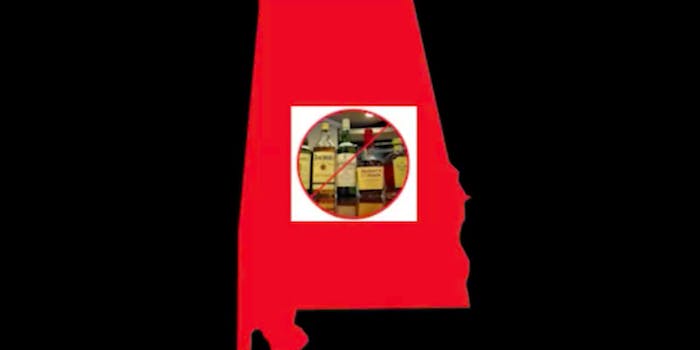 More Democratic disinformation campaigns in Alabama are coming to light

It's the second disinformation campaign uncovered in the past month.

Additional campaigns to push disinformation to Alabama voters during the 2017 special election have been uncovered, according to the New York Times.

This is the second discovery of a disinformation campaign in the 2017 Alabama Senate race after a campaign called “Project Birmingham” was exposed last month. That campaign encouraged GOP voters to vote for a third-party candidate and claimed responsibility for tying thousands of Russian bots to Roy Moore‘s campaign. That campaign was funded by LinkedIn co-founder Reid Hoffman, through the group Investing in Us.

According to the Times, the newly-discovered campaign received $100,000 from donors in Virginia, also funneled through Investing in Us. It targeted undecided conservatives by associating Moore with a proposal to ban alcohol in Alabama. Moore, who was credibly accused by multiple women of pursuing them when they were below the age of consent, was narrowly defeated by Democrat Doug Jones in the 2017 special election.

According to the Times, Dry Alabama was launched during the last two weeks of the campaign, so it’s difficult to tell how much it actually influenced the campaign.

Dry Alabama was reportedly inspired by the Russian disinformation campaigns deployed in the 2016 election. But they were deployed by Americans, including Matt Osborne, a longtime progressive activist who worked on Dry Alabama.

“If you don’t do it, you’re fighting with one hand tied behind your back,” Osborne told the Times. “You have a moral imperative to do this—to do whatever it takes.”

There’s no indication that Sen. Doug Jones (D-Ala.) was involved or knew about the campaigns; he has called for a federal investigation into the matter, and his spokeswoman told the Times that Jones planned to file a formal Federal Election Commission complaint.

Investing in Us managing partner Dmitri Mehlhorn stated in a Medium post that some of the tactics deployed in the Alabama election were “beyond the pale.”