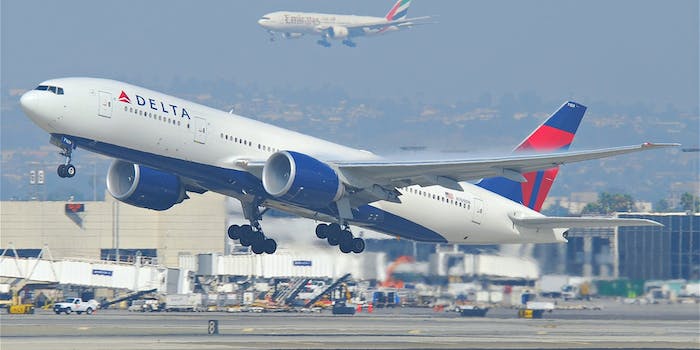 Delta is now rivaling Southwest for the title of Most Annoying Airline by cutting off the ability for travel sites to index and aggregate its flight listings.

In a move that’s sure to rankle travelers by forcing them to go to the company’s actual website, Delta took its schedule and price listings off more than 12 travel sites, according to the Wall Street Journal.

Airlines would much rather you book through them directly, as purchasing tickets directly through their sites enables them to upsell you things like higher-priority boarding, additional legroom, checked baggage, in-flight meals, and other “luxuries,” a modern day traveler might want to cushion their transatlantic flight.

Atlanta-based Delta has had quite enough of websites like Hipmunk, TripAdvisor, Kayak, and CheapOAir placing its flights next to countless other airlines that display multiple itineraries to help travelers snag the best deal. Often those sites offer a much more user-friendly design and more search features than your average airline booking page.

Delta’s move to force passengers to book direct has made such travel aggregators nervous. As the Wall Street Journal reports:

While the sites affected by Delta’s recent actions account for a relatively small share of total flight searches, the trade group says its members, which include the biggest travel websites, broadly fear that airlines are laying the groundwork for a gradual exodus from fare-comparison websites, a move that they say would make it easier for airlines to raise fares.

As airlines tighten the restrictions on purchasing tickets outside of official channels, consumers will wind up paying more. According to a report from the Travel Technology Association, fare transparency and competition between airlines that appears on third-party sites helps keep competition up and costs low for travelers. Search sites let people look at a number of different travel options simultaneously, without needing to bounce between multiple tabs on siloed websites, and potentially just buying the first ticket they see.

Now that multiple major U.S. carriers have decided to cut off access from third-party sites, other airlines might decide to follow suit. Last year, American Airlines took its tickets off Orbitz.com for a brief period, but later reinstated fares on the site.