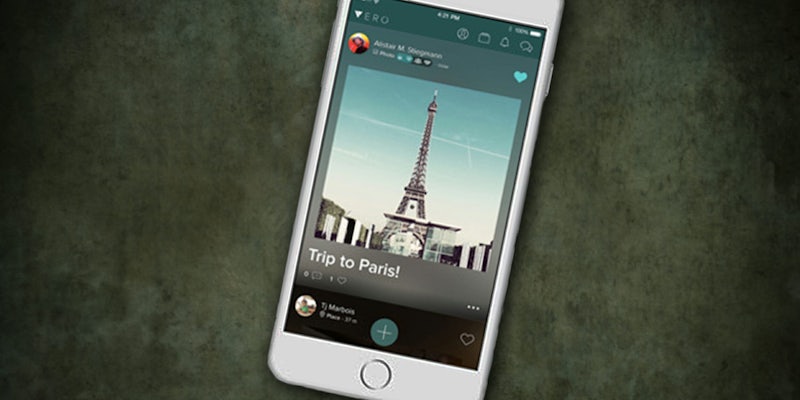 Why Vero users are abandoning the app they just downloaded

The history of Vero's founder is giving some downloaders pause.

After debuting with little fanfare in 2015, Vero recently surged to the top of the App Store charts. The social media app successfully positioned itself as an ad-free, algorithm-free alternative to apps like Facebook, Instagram, and Twitter. Now there’s a movement to #DeleteVero as downloaders have second thoughts after learning more about the app and its founder.

Vero’s founder and CEO, Ayman Hariri, is a businessman, billionaire, and the son of assassinated former Prime Minister of Lebanon Rafic Hariri. Frustrated with the privacy issues and behavior on other social networks, he and his cofounders hired a team of Russian developers to bring Vero to life. (In the app’s manifesto outlined on its website, Vero means “truth.”)

However, users are questioning Hariri’s business practices before his days as Vero CEO. Hariri’s family owned a construction company, Saudi Oger, where he was the deputy chief executive officer and vice chairman. The now-defunct Saudi Oger was at the center of a number of scandals over the years, including a lawsuit filed by 31,000 workers over unpaid salaries. Some workers reportedly didn’t receive payment for up to nine months.

I’m always wary of the shiny new social media platform, but this is appalling. #DeleteVero https://t.co/nHnKOTEALk

Workers were reportedly forced to live in labor camps, where they did not always routinely have access to water, food, or healthcare. In an extreme instance, the Saudi Arabian government had to intervene to assist workers who’d been “left stranded without pay or access to basic living supplies.” Saudi Oger, formerly one of Saudi Arabia’s biggest construction firms, closed its doors last July after accumulating $3.5 million in debt.

Because of this, a growing number of people are calling Vero users to #DeleteVero and abandon the app.

If you want to truly delete the app, it’s not as easy as simply removing it from your phone (although you can do that). To delete your account, you first need to submit a request through the company’s website or go through the app’s settings menu to the Vero Support section. There you can select “Delete my account” from the “Who would you like to contact?” drop-down menu.

It should be noted that doing this merely puts in a request to remove your account—you’ll eventually need to check back to see if your account was actually deleted or not. Once your account is deleted, you can remove the app from your phone and know that you are completely Vero free.