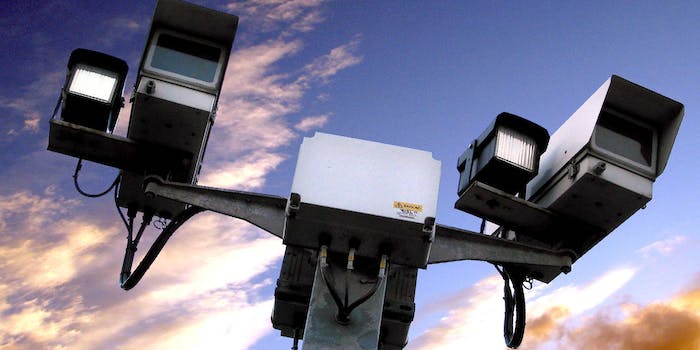 Where are you driving today?

Millions of vehicles are being tracked in real time across the United States by the Drug Enforcement Administration (DEA) through a massive and previously secret surveillance program that stores hundreds of millions of records about American motorists, including those accused of no crime.

The license-plate-tracking program, revealed this week by the American Civil Liberties Union (ACLU) thanks to a public records request, dates back to at least 2008. The ACLU’s findings were further illuminated by a new report in the Wall Street Journal.

The tracking program’s initial goal was to combat drug trafficking, primarily near the Mexican border, a program that had previously been public knowledge. Today, however, license-plate tracking has expanded throughout the U.S., and the database is used to investigate a variety of other crimes.

Many of the records obtained by the ACLU are heavily redacted and dated, limiting the public’s knowledge of the full breadth of the program.

“These records do, however, offer documentation that this program is a major DEA initiative that has the potential to track our movements around the country,” the ACLU wrote in a blog post. “With its jurisdiction and its finances, the federal government is uniquely positioned to create a centralized repository of all drivers’ movements across the country—and the DEA seems to be moving toward doing just that.”

Beyond the license-plate database itself, the ACLU worries that when combined with all the other data about individuals collected by law enforcement, the federal government will possess a “detailed and invasive depiction of our lives.”

It’s not just the feds, either: Any law enforcement agent vetted by the DEA can search the database, which is located in Merrifield, Va.

“The fact that this intrusive technology is potentially being used to expand the reach of the government’s asset forfeiture efforts is of even greater concern,’’ Senator Patrick Leahy (D-Vt.) told the Wall Street Journal. He argued that Americans shouldn’t have to worry that “their locations and movements are constantly being tracked and stored in a massive government database.”