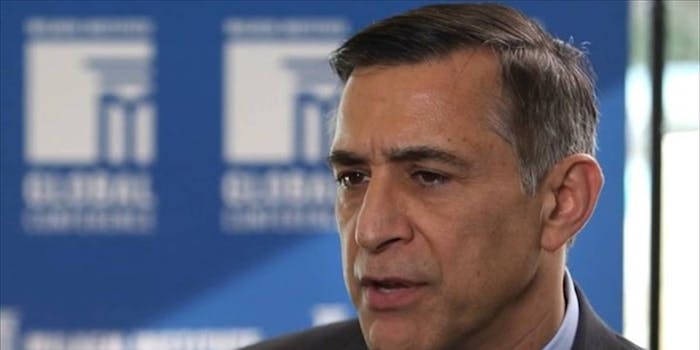 Issa is the richest man in the U.S. Congress, with an estimated net worth of around $450 million.

Issa, who has made his fortune as CEO of car-security giant Directed Electronics, compared American poor people to the lower class from India, a developing country not usually classed in the same economic league for individuals as the U.S.

“If you go to India or you go to any number of other Third World countries, you have two problems: You have greater inequality of income and wealth. You also have less opportunity for people to rise from the have not to the have,” Issa said.

When compared to the developed world, however, the U.S. poor don’t fare well enough to be envied. The living standards of American poor are below the developed world average, though they do beat out some European nations by certain measures.

Dumbass, don't give yourself a raise then=>America's poor are 'envy of the world,' says richest Congressman http://t.co/l1ASEu6pZY

"America's poor are 'envy of the world,' says richest Congressman" Actual CNN headline not even the Onion. http://t.co/rgauAJxJA1