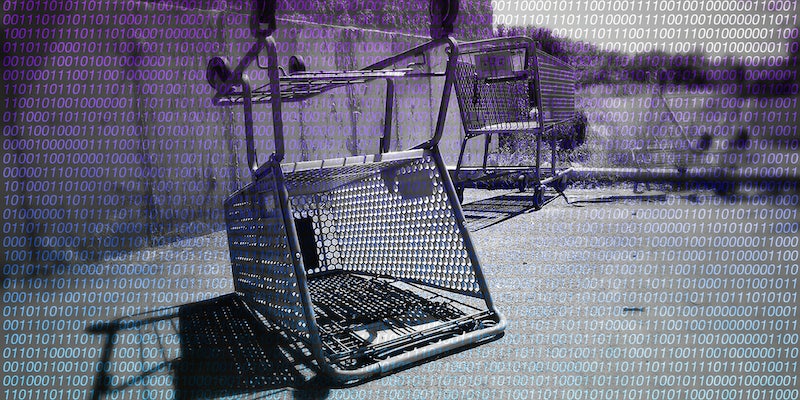 DarkMarket is far more than an FBI-proof Silk Road

DarkMarket has been called an eBay killer and a new Silk Road made immune from police. The truth? It's both.

DarkMarket has been called an eBay killer and a new Silk Road made immune from police.

A decentralized online marketplace described as the “next generation of uncensored trade,” it has the ability to radically transform the way we think about buying and selling online. The new software relies on a peer-to-peer network and has no central point of failure.

On DarkMarket, there are no leaders to arrest or servers to shut down. Like BitTorrent, everyone using the software helps to host the market’s product pages, arbitration, and messenger service. It’s not a new business; it’s an entirely new way to do business.

And yet, much of the discussion about DarkMarket to date has centered only around its name.

Last week, thousands of DarkMarket fans launched a petition to drop the word “Dark” from the project’s title on the grounds that it evoked images of child pornography, hitmen, and “the dark side” of Bitcoin and the Deep Web.

The questions about DarkMarket’s haven’t come out of the blue.

Many Bitcoin advocates hate to see their currency of choice associated with illegal activity, like drug dealing and money laundering. Despite Silk Road being shut down six months ago, the narcotics conspiracy and murder-for-hire accusations against alleged leader Ross Ulbricht still account for much of the public awareness of Bitcoin.

Once it’s developed and adopted, DarkMarket will undoubtedly have both legal and illegal applications, thus opening it up to a storm of inevitable criticism that some advocates hope to soften before the mainstream debate even truly begins. They plan to do this by replacing the word “Dark” with, well, almost anything else.

The most prominent suggestion for a new name is Free Market, because the word freedom has always had an excellent public relations agent—not to mention that it evokes a political ideal that many people agree with on paper. A few more sarcastic but equally excellent suggestions included “the Ronald W. Reagan Memorial Marketplace,” and “Freedom Child Protection Web 3.0 Cloud Eagle Market HD.”

There’s more to the project than just the potential to buy and sell drugs beyond the reach of law enforcement, a fact that has left  the tech politics world buzzing about the project’s potential.

“A marketplace is one application,” developer Damian Cutillo told us in a phone call. “What we’ve invented here is a way of taking a Web application and decentralizing it. This can apply to any sort of html application.”

On top of being a cheaper eBay, the technology can be used to build decentralized social networks, censorship-resistant whistleblower sites, open-source telephone networks, and much more, the developers say.

But the name has brought the focus repeatedly back to drugs.

“We know that this project will get press coverage, and eventually reach major media outlets,” reads the leading comment in a wildly popular reddit thread petitioning for the name change. “By calling this important invention the Dark Market I’m afraid Amir et all are playing into the systems hands.”

For Amir Taaki, the lead developer of the project, the name symbolizes an act of rebellion. Those looking to change it, he insists, miss the point entirely.

“People need to stop being afraid and reclaim these words of power used to control us,” he wrote in response to the petition. “The Dark name evokes great imagery and sounds cool. It’s like when they used to call us pirates to shame us and the pirate party stood up and said, ‘Yeah! we are pirates!’ There were many Internet freedom parties before and they got nowhere. Our team is not here to fit in nicely with the status quo. We are here to challenge it.”

Taaki has a habit of using the word “Dark” when naming his projects. Dark Wallet is another project of his designed to make Bitcoin easier and faster to use for people who aren’t tech-savvy. The ultimate goal is to speed up the cryptocurrency’s growth around the globe.

Despite the apparent trigger word “Dark” in the project’s name and the fact that it hasn’t even been released it, Taaki’s Dark Wallet has received major global press coverage, including a positive New Yorker profile that calls it “a radical way to Bitcoin.”

Other team members shared Taaki’s dismay. Damian Cutillo said the “term dark has been spun and we’ve been programmed to think dark means bad. It just means the government doesn’t have complete control and visibility of something.”

On the other hand, William Swanson, another DarkMarket developer, says he understands people’s’ misgivings about the name. He says he has no problem changing the name to “whatever the community decides is the most appropriate name is to gain acceptance.”

To help push their case, advocates of the name Free Market imagined a few vivid scenarios in which their name came into play.

“News anchors will have to say on tv, ‘Officials are looking into banning the free market.’ omgitsmiley wrote. “‘The free market is an online exchange where anything can be traded tax free.’ … By renaming the exchange it will FORCE a philosophical conversation about rights upon any explanation in the mainstream media.”

Taaki and his supporters challenged anyone who disagreed to go out and create their own alternative programs. Actually, that’s not too tough: DarkMarket’s source code is publicly available, and since the beginning, the project’s developers have encouraged other programmers to take the reins and push the project forward.

“If you’re bothered enough then create the change you want to see,” Taaki wrote. “Don’t try to make dictates to opensource coders through public peer pressure campaigns. This thread is lazy activism at its finest. It’s hilarious that people give so much energy to this over the actual thread about the project itself. If you sit on your arse complaining about names on Reddit, then your insights are worthless. Get to work!”

Markets named Dark, Free, and Ronald Reagan are inevitable. The entire philosophy behind DarkMarket is that anyone with the will can and should create their own iteration.Each new form, no matter the name, has the potential to add to the already considerable momentum decentralized markets have gained.

What’s a potential buyer to do in the face of 1,000 decentralized markets of varying names?

There’s little reason to believe the number will ever get that high. What’s more likely is that a handful of markets will establish their own technical security, market niche, and most importantly, trust.

With no central authorities of the sort that Silk Road has, there’s no automatic choice for third-party arbitration on transactions. So, if there’s no CEO of the market, what happens if Johnny the heroin dealer scams you and doesn’t deliver the illicit goods you paid for?

With DarkMarket, buyers and sellers will have to choose their own arbitrators for any peer on the network. If you never receive the goods, you and the arbitrator have the power to stop funds from being transferred to Johnny. But Johnny has the power to bribe the arbitrator. Being a successful, trusted third-party might end up being a seriously lucrative position.

With DarkMarket’s code now available for public perusal and use, the dream of decentralized trade is coming close to reality—but don’t expect it to arrive tomorrow.

“If in the next year it actually turns into a market, that’d be impressive,” developer William Swanson said.

But with the mass of interest surrounding the project, you likely won’t have to wait too much longer than that to buy something from the beautifully named Ronald W. Reagan Memorial Marketplace.

Photo by r.nial.bradshaw/Flickr (CC BY 2.0) | Remix by Jason Reed