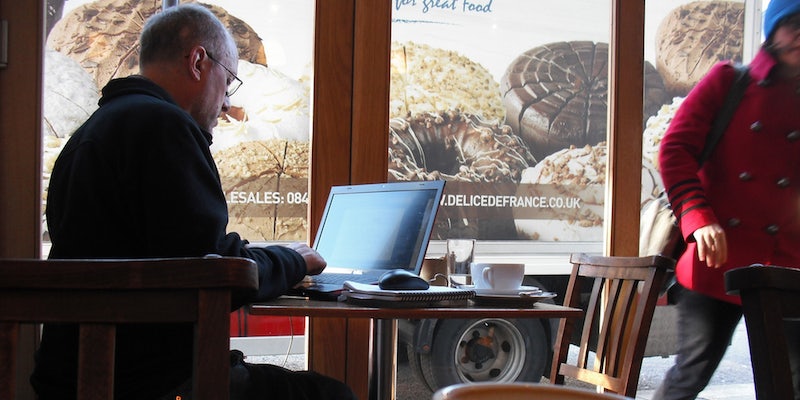 Americans of all ages are worried about identity theft and Internet security, but the age group taking the best precautions isn’t the one you’d likely expect.

Nearly half (44 percent) of Americans born between 1946 and 1964, aka Baby Boomers, always use secure passwords online, a figure that puts them ahead of millennials, those born since the early 1980s, according to a new global cybersecurity report from Norton, the antivirus maker owned by Symantec.

Millennials, by comparison, were the group most likely to share their account passwords; 31 percent of millennials from all countries surveyed said that they had shared a password. Only 15 percent of Baby Boomers reported doing the same. Streaming media services—which people are more likely to share access to than other types of accounts—could explain some of this discrepancy. Millennials are far more likely than other age groups to stream movies, TV shows, and music.

Perhaps because their password security is weaker, millennials have suffered from more cybercrime than Baby Boomers: 44 percent versus 16 percent in the past year. Even so, Americans of all ages are sharing passwords for more sensitive (and less obviously shareable) services. More than half (55 percent) of Americans said they had shared their email password, and nearly half (43 percent) had done the same with a social-media account.

Norton’s findings largely match with the results of previous cybersecurity surveys, which have shown that Americans are overconfident about personal cybersecurity and poorly trained on cyber basics at work.

What makes some of the Norton statistics surprising, in addition to troubling, is that Americans largely comprehend the magnitude of the cyber threats they face. Sixty percent of them described public Wi-Fi as riskier than a public restroom and 51 percent of them said that cloud banking was riskier than not wearing a seatbelt.

Perhaps most surprisingly, despite their alarmingly high password-sharing numbers, two-thirds of Americans consider it riskier to give a friend their email password than to lend them their car.

“Online crime,” Norton said, “has become a fact of life.”

The company surveyed 17,125 adults in 17 countries for its report.