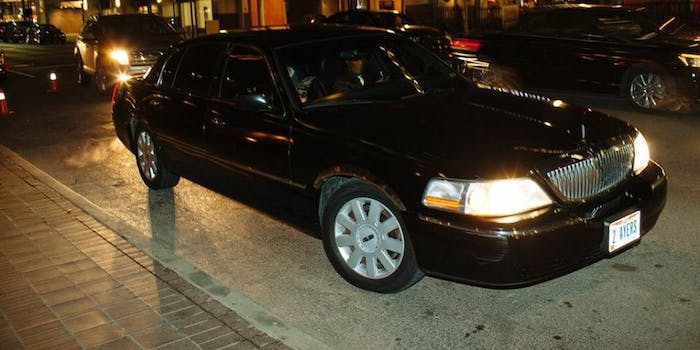 Black on black: A cultural case for Uber

"Black cabs rarely stop for black men. This is so common that we have devised various tactics in order to get home."

Let’s go back in time. The year is 2012, it’s another blustery cold night in the English capital. The clock has just hit 3:30am and after late night dancing, socializing, and generally having a mighty fine time, the “fear” kicks in. How I think I look when I jump out of a taxi.

In the most extreme case, I may have to walk home. Not always a bad option, but I’m in Brixton and home is Hackney, that’s a 2–3 hour walk, 3-4 hour if you’re inebriated, as I was.

I love London’s public transport. Although often publicly derided, it is actually one of the best systems in the world. Travel to New York or LA and attempt to catch a bus at night (or day for that matter) and you’ll understand why I hold London’s bus system in such high regard.

Catching a night bus is another perfectly acceptable solution, however with a little liquor in your system traversing the connections between bus stops can make this a little complicated. The risk of bad weather and the possibility of “only shutting my eyes for a minute” and waking up in a bus depot in Leyton is real, we have all been there, maybe you haven’t actually been to Leyton, but you get my gist.

Over the last 5–10 years, there has been a huge effort to crack down on illegal taxi drivers in London, and rightfully so. Jumping in a car with a unlicensed, unaccountable driver is a highly dangerous thing to do.

Black cabs rarely stop for black men. This is so common that we have devised various tactics in order to get home.

I would love to tell my mom I have never done something so foolhardy and all people who travel by illegal cabs are obviously drunken idiots. However, on a cold night, with a watery “rum” brain seduced by the thought of being at home eating bacon and watching unfathomable Bollywood films, this sadly, has been an inexcusable option. It’s worth highlighting that in my albeit limited experience, a good proportion of these taxi drivers have been sympathetic black males (more on this later). Also please note: Even when intoxicated, there are no plausible excuses for catching an illegal taxi.

Calling a taxi cab at this time of night is normally a total waste of time. If you’re lucky enough to find a company with available drivers, it’s common to measure quotes for arrival time in increment of “30s.” “Between 3o minutes and an hour, love” is a standard response, programmed into all the lovely telephone taxi operators in all of lovely London. If you’re desperate enough to accept this Faustian pact, the car often won’t turn up.

Lastly, we have the black cab. Aside from the the need to have a spare £5o pounds cash remaining in your pocket, this is a clearly sensible option. If you are a young black man with a spare £50 pounds in your pocket, you’ll find this offering, although sensible, extremely problematic and often not available.

As you’ve read this far (thanks!), I wont mince my words. Black cabs rarely stop for black men. This is so common that we have devised various tactics in order to get home.

The most effective type of white person for this operation is a women. Ask the accompanying lady to hail a cab while you and your black companions hide (yes, hide) out of view. As soon as the cab agrees to take the passenger home you and your now triumphant comrades emphatically jump out of the darkness (bonus style points for synchronization) and pile into the cab with broad and winning smiles. This tactic is crude but highly effective, ask your black friend.

There are other schemes available such as the “Cosmic Comet Call,” but we don’t have time for that here.

Hopefully you’re getting the picture: Getting a taxi on a night out from anywhere as a black person is not easy.

Democratization is generally the result of technological advancement. And in this case, hell yeah it is.

Enabling taxi drivers to rate the individuals who travel with them has freed my potential identity. I am no longer a representation of all of black societal ills, but simply a rating. And hopefully a high rating. (Travis, if you’re reading this, let me know the deal.)

The emotional impact has been so great that after a night on the tiles when the habitual “fear” kicks in and then is swiftly obliterated by the knowledge “Damn I can get home and quickly!,” I’m often moved to tip the driver whatever pound coins I have left in my pocket. I’m aware that I’m probably not the only person to tip Uber drivers, but the motion is triggered from a place of real gratitude, rather than habitual necessity.

So for all the negative press Uber has received, I personally would like to see this technology everywhere. So in situations, like my recent trip to Panama City, where there are seemingly more taxi cabs than actual humans, I will not have to knowingly nod when a gentleman points in the direction of a long line of yellow cars and utters in smooth Spanglish “the taxis… they won’t stop for me, because I’m black.”

This piece was originally featured on Medium, and reposted with permission. Its author, Derrick Grant, is a design nerd, cupcake baker, and man’s man. You can follow him here.