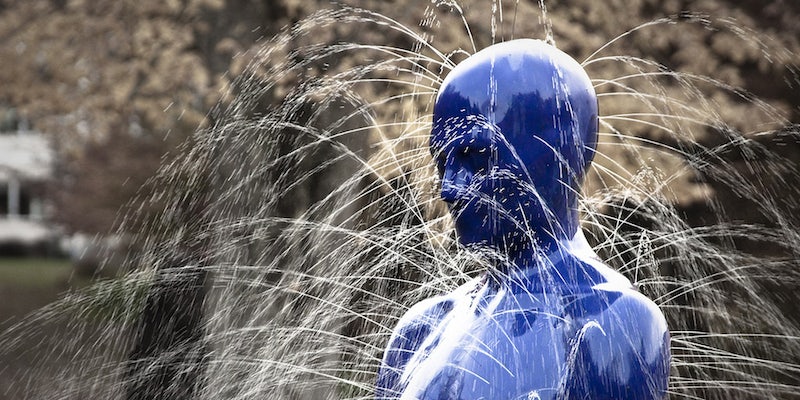 Government officials have called it an "invitation to terrorists"—something its supporters see as a compliment.

Cryptome, an 18-year-old digital library that served as predecessor and role model to Wikileaks, just launched a $100,000 Kickstarter campaign to fund future hosting and expansion of open, secret, and classified documents. Thing is, the entire campaign could be one big joke by the site’s founder.

Hosting over 71,000 files, Cryptome was founded by 78-year-old New Yorker John Young, a free speech activist who believes, in an example that is emblematic of Young’s  approach to secrecy, that Glenn Greenwald has not published nearly enough of the documents leaked to him by Edward Snowden. If Young had his way, tens of thousands of pages would have been released unredacted to the public long ago.

@johnjcook Thank you. About time after a decade of freeloading.

Young has disagreed so vehemently with the way he believes Greenwald has profited off of Snowden’s leaks that some people believe the whole Kickstarter is just a joke to point out how ridiculous it is to make money off of killing secrets. After all, what would Cryptome do with $100,000?

what the hell is @Cryptomeorg going to do with $100k? it’s parody everyone thinks it’s real. mocks Snowden Cabal corp partners as implants

Young, happy to confuse the hell out of everyone, retweeted the theory. However, the site itself includes promotional tweets for the Kickstarter—which doesn’t necessarily rule out the possibility that it’s an elaborate parody of Greenwald or others who profit personally from whistleblowers and their ilk.

Cryptome.org is updated daily not just with leaked documents that have been verified as real but with important public documents focused on freedom of expression, privacy, cryptography, national security, intelligence, secret governence, and more.

A 2005 Reader’s Digest column by foreign correspondent Michael Crowley famously called Cryptome an “invitation to terrorists” which, as many activists know, is among the highest forms of flattery.

“The more information you have, the better protected you are,” Young argued.

It might be a nice idea to throw some money at @Cryptomeorg‘s Kickstarter. They do a good thing. https://t.co/eySWbf53cl

Young claims to have been visited by government agencies like the FBI on multiple occasions over his postings, but he’s taken nothing down—another big badge of honor in his world.

In the last 24 hours, Young has hosted emails from Snowden to National Security Agency brass, information about the opening of the NSA’s outpost in Hawaii where Snowden would eventually work, and a brief from Homeland Security about open source software in government. The large and easily accessed archive of documents serves as an enormously valuable resource for journalists, activists, and curious civilians out for one hell of an education.

The fundraiser is up over $3,400 as of this writing, and it’s unclear if they’ll cross the impressively ambitious finish line of $100,000 before the campaign ends in 58 days.

The reaction to the campaign has been largely positive by Cryptome’s large army of fans.

Many times I’ve relied on @Cryptomeorg to provide important source documents. Let’s build them up: https://t.co/zUDkV7jt3T

Real or not, it’s clear that a big community of people is eager to step up and financially support Young’s endeavors. If he makes that $100,000, his backers will likely permit him to have a good laugh as long as he continues the good work.

Photo via Fredrik Linge/Flickr (CC BY 2.0)