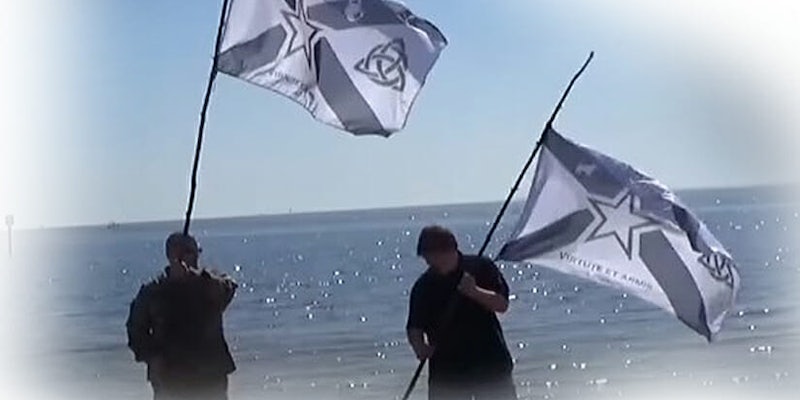 The Anti-Defamation League talked to a Florida-based white supremacy group.

UPDATE: On Thursday evening, Republic of Florida spokesperson Jordan Jereb appeared to walk back his earlier claims about Cruz.

The ROF leader wrote on Gab, a social media network favored by white supremacists because of its claims of believing in “free speech,” that there was a “misunderstanding” about Cruz’s ties to the group.

“There was a legit misunderstanding because we have MULTIPLE people named Nicholas in ROF,” he wrote. “I got a bunch of conflicting information and I have not slept for like 2 days.”

He continued by bashing the media:

“Are you really going to blame ME for the lying jew media? We know they are liars. Fuck em.”

Broward County Sheriff Scott Israel said on Thursday they were aware of reports linking Cruz with the ROF.

“It’s not confirmed at this time… We’ve heard that, we’re looking into that,” he said.

The Southern Poverty Law Center said they could not identify any ties between Cruz and ROF.

The suspect who gunned down 17 people at a Florida high school on Wednesday was associated with a white supremacist group, according to the Anti-Defamation League (ADL).

A spokesperson for the Republic of Florida (ROF,) a white supremacy group that claims to support the “creation of a white ethnostate” told the ADL that Nikolas Cruz, the suspected shooter, was associated with their group.

Authorities say Cruz used an AR-15 rifle to kill 17 people at or near the Marjory Stoneman Douglas High School in Parkland, Florida on Wednesday.

The ADL spotted people claiming to be ROF members identifying Cruz as a fellow member on 4chan, the organization said in a release, and contacted a spokesperson for the group who identified himself as Jordan Jereb.

Jereb said Cruz was “brought up” by another ROF member and attended training exercises near Tallahassee, Florida, and carpooled with other members from southern Florida.

The Broward County Sheriff’s Office did not immediately return a request for comment by the Daily Dot regarding any knowledge of Cruz’s association with the white supremacist organization.

Three former classmates of Cruz’s told ABC News that he was part of the ROF and marched with the group frequently.

According to its website, the ROF fights for “white identitarian politics, And the ultimate creation of a white ethnostate so we can be free from anti-white policies and have policies that reflect our values as white westerners.”

Jereb told the ADL that his group had not ordered Cruz to shoot students.

According to reports, the FBI has been previously warned about a comment left on YouTube from someone named “Nikolas Cruz” where it said he was going to be a “professional school shooter.”