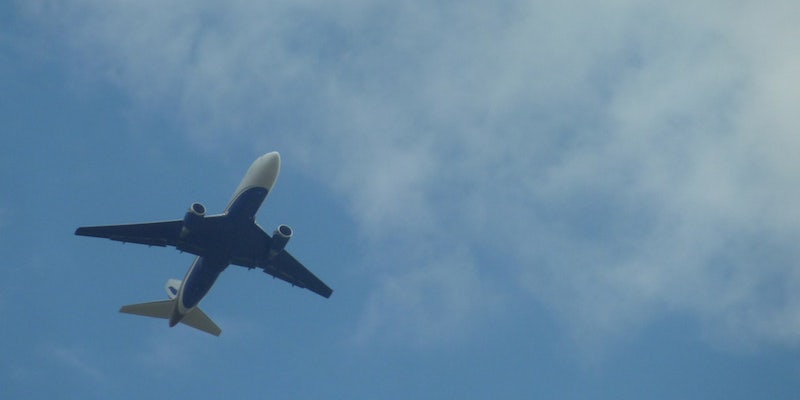 A group-dating startup is trying to crowdfund a project to put New York City women on an airplane and send them 2,906 miles away in the name of love. Apparently they’ve never heard of Skype.

“Would you please pay for me to go meet boys?”

This isn’t a line from a sketch mocking how dumb some crowdfunding projects are. This is a line from a promotional video for a crowdfunding project. A startup called The Dating Ring is trying to raise money to fly single NYC women to San Francisco. Their rationale: There are more women than men in New York and more men than women in San Francisco, so obviously the thing to do is just airlift all the unattached women across the country and get other people to pay for it.

According to the campaign, in addition to being gender-imbalanced, the men who do live in NYC are either not the right sexual orientation or just complete dickheads:

“Dating in New York is the worst. The numbers problem in New York means all men are even gay or awful,” a woman explains to the camera, not joking.

Undermining their point that San Francisco has a better man-crop than NYC, The Dating Ring trots out a guy whose nickname is probably Captain Obvious.

“It would be amazing if there was a plane of amazing women flying out to San Francisco to meet guys,” he says.

Yes. It would be amazing. It would be amazing if people funded this campaign. Obviously some women want to get flown nearly 3,000 miles for free  to find a willing sexual partner. Getting expensive cross-continent flights for free is desirable for many reasons, and if the reason is doin’ it, even more so. Does that mean this idea makes any sense? No. No it does not. If NYC women are really so hard up, there’s a little thing called the Internet that makes it way easier to meet men from different places without digitally panhandling to test your luck in the land of tech bros.

Before you silently turn off your computer to stare at the blank screen while you imagine an abyss wide enough to swallow everyone even tangentially connected to making this video, one last thought:

There are places in the U.S. that actually do have serious gender imbalances that make it difficult for healthy relationships. One of these places: Williston, N.D. An oil boom has drawn both married and single men to the formerly small-town, and there simply aren’t enough women there. The women who do live there get harassed and the men who live there often channel their energy into stuff like frequenting prostitutes and doing drugs. It’d be good for society if there was a way to draw women to Williston to make it a less terrible place. Why not try to crowdfund support for women-friendly jobs in Williston?

Probably because it’s not as ridiculous and won’t drum up publicity for The Dating Ring in the same way as an obviously absurd gambit like the NYC-SF lady airlift plea.