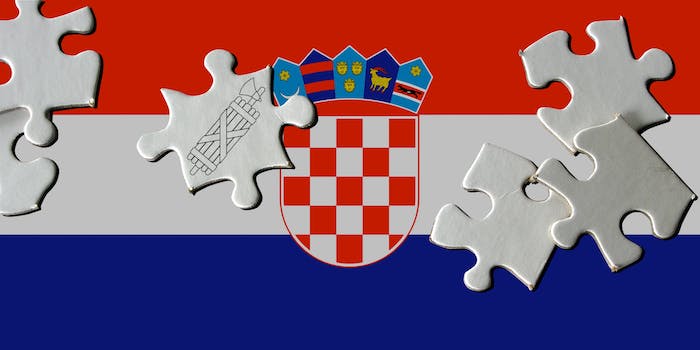 A group of right-wing extremists have reportedly commandeered the Croatian version of Wikipedia. A small cabal of administrators have gradually taken over the site, advancing a culturally strong, albeit politically weak, ideological agenda. It’s a battle for the hearts and minds of Wikipedia readers, and the victor will likely dictate Croatian history for years to come on the Web’s most-read encyclopedia.

The online controversy serves as a proxy for offline political discontent, which has roiled in this eastern European nation since the end of the Cold War. The right-wing takeover was relatively recent according to observers close to the situation, but it reflects longstanding political divides.

“[I]t seems that [it] was a gradual process,” said Jurica Pavicic, a professor at the University of Split and a columnist for Jutarnji, the newspaper that first broke the story of the right wing takeover of Croatian Wikipedia. “There is a broad right-wing subculture which probably think they are good guys who fight against communist lies.”

The controversy first hit the Croatian media earlier this month. But Jurica told the Daily Dot that the takeover began in 2009, as a small group of conservative administrators—less than 10—began suspending and kicking off certain editors because of their liberal-to-moderate views on controversial topics.

What kind of topics are deemed controversial on Croatian Wikipedia? Most go back to World War II and, specifically, something called the Ustaša regime. The Ustaša were a fascist, terrorist organization devoted to the persecution and genocide of Serbs and Jews leading up to World War II. Once the Axis powers seized the area that would later become Croatia, the Ustaša were put in charge as a puppet government operating under the protection of the Third Reich.

Though the Ustaša were responsible for the death of some 300,000 Croatian citizens during the Holocaust, their atrocities have slowly been whitewashed from the pages of Croatian Wikipedia (though they’re still visible on the English Wikipedia). Similarly, articles on Croatian Wikipedia have begun propagating bigoted rhetoric, targeting Serbs and the LGBT community. For instance, one editor changed an article on gay marriage to read “gays and marriage” because, the editor suggested, “gay marriage” is an oxymoron as it could not logically exist.

These conservative views have so thoroughly saturated the site that earlier this month, Croatian Minister of Education, Science, and Sport Zelijko Jovanovic went so far as to discourage students from using their national version of Wikipedia.

“[W]e have to point out that much of the content in the Croatian version of Wikipedia not only misleading but also clearly falsified,” Jovanovic said.

But how exactly did it come to this? How could an entire country’s version of Wikipedia be usurped and turned into a political tool? After all, English Wikipedia prides itself on rigorous debate. Even the most seemingly obvious changes are subject to countless edits and revisions. And over time, studies have shown that English language Wikipedia has moved toward political neutrality.

One of the main differences at play is the relative size of Croatian Wikipedia versus English Wikipedia. Whereas the English version of the encyclopedia has some 35,000 active editors, Croatian Wikipedia, as of September 2013, only had 466 active editors—that is, editors who’ve performed some action on Wikipedia within the previous 30 days. Of those, only 27 were administrators.

During the first half of 2013, only about 24 editors were consistently active on the encyclopedia, making more than 100 edits a months. A larger corps were less active: 150 made more than 5 edits a month.

Thus, Croatian Wikipedia is a much easier intellectual territory to conquer than its larger cousins. According to Pavicic, it took only a handful of administrators to subvert the entire site.

The controversy went wide when a group of exiled Wikipedians started a Facebook page to discuss the takeover of Croatian Wikipedia. From there they were able to grab the attention of several major Croatian and Serbian news outlets. But perhaps nowhere has the debate been more fierce than on English language Wikipedia.

Though not a supporter of the current incarnation of Croatian Wikipedia, Croatian editor Joy suggested other editors were playing up the controversy in outside media.

“[T]he simple fact [is] that some anonymous people generated an online controversy and then immediately latched onto whatever media coverage of it in order to promote the same controversy on Wikipedia,” Joy wrote.

But others, like Wikipedia user Tvrtko26, say the bias among the dominant administrators is abundantly clear.

“What I have written is true, and if anyone claims otherwise, (s)he is lying,” Tvrtko26 writes.

Tvrtko26 blames Wikipedia’s fundamental lack of leadership for Croatian Wikipedia’s current state. There is no one to enforce balance and fairness in the site’s content if administrators decide as a group to advance a certain ideological agenda. And as more and more students and young people turn to the encyclopedia for knowledge, Tvrtko26 said the site is reinforcing historical revisionism for a whole new generation.

Pavicic said that Wikipedia has helped bolster the pro-Ustaša and anti-communist sentiment in Croatia. It’s a point of view that is not really represented in Croatian government.

“Revisionism regarding World War II is quite strong in many post-communist countries, including Croatia,” Pavicic said. “In the ’90s it was a mainstream. Now it’s not—it gradually disappears from school textbooks, parliament, newspapers etc.—but it’s still frequent among mid-level or locals priests, in football stadiums, on Internet forums.”

Pavicic said this movement is dominated by a lingering fear of communist rule. He said much of the political mainstream is dominated by “communist-nostalgia” and “pink memories of [an] era of social safety,” which irritates the right-wing.

Though Pavicic named several of the administrators accused of taking over the site, the Daily Dot’s efforts to contact them were unsuccessful.

A spokesman for the Wikimedia Foundation, the organization that fosters Wikipedia’s growth without directly controlling it, said they are looking into the issue but had no other comments on the controversy.

Those fighting the conservative takeover have succeeded at making the news, but they’ve had no real recourse to undo the damage. That makes this important not just for Croatian Wikipedia, but the global Wikipedia community. For a site whose entire mission is predicated on the assumption that truth can come from the discord and debate, the mess that is Croatian Wikipedia could easily become a permanent, unsightly blemish.

Correction: This article originally misidentified Wikipedia editor Joy as a “supporter” of the Croation Wikipedia. We regret the error.