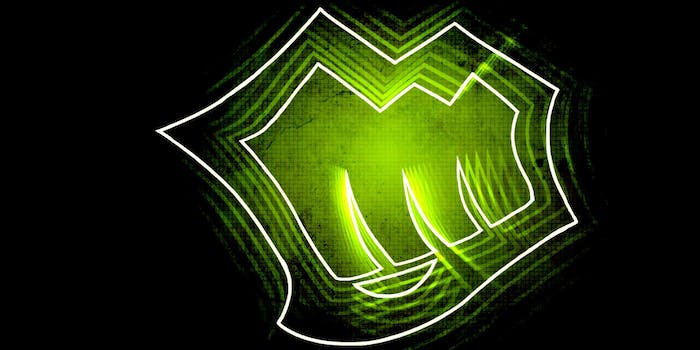 Russians are no stranger to Internet censorship.

The war in Ukraine has killed thousands. For some people in the disputed Russian territory of Crimea, however, one of the most immediate causalities has been their video games.

International sanctions mean that gamers in Crimea, a territory of 2.3 million people, have been locked out of their favorite American online games. To beat the prohibition, they turn to anti-censorship technology, like virtual private networks (VPNs), in order to hide their location and play to their hearts’ content

American game publisher Blizzard recently suspended the accounts for Crimeans playing games like World of Warcraft and Diablo III, local Russian news site Geektimes.ru reported. The lock outs have been cascading throughout this year. League of Legends, one of the most popular online games ever, blocked Crimeans from playing two months ago. Publishers Riot Games sent an apologetic explanation, saying they “could not provide any timeline on when this problem will be solved.”

Crimean gamers are gathering on sites like VKontakte, known as the Russian-language Facebook, in order to instruct one another on how to get around the sanctions. 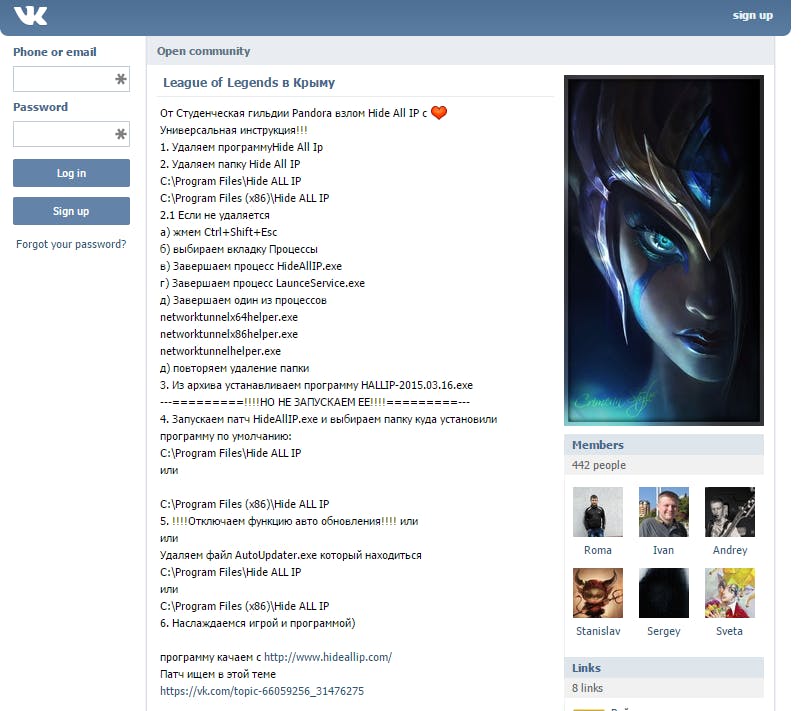 A group called “lol.crimea” explains how to play League of Legends despite sanctions

VPNs are already popular in Russia to beat state-sponsored surveillance and censorship. Now they’re beating censorship from the West.

VPNs work by disguising a user’s computer to make it seem as though they are connected from another location. In this instance, a Crimean can look like they are connecting from Germany or the Netherlands by using a German or Dutch VPN.

In the above screenshot from VKontakte, a Crimean gives detailed instructions on how to download and use the service hideallip.com in order to play League of Legends from inside Crimea. In the comment section, other Crimeans explain all the success they’ve had beating sanctions with other VPNs, like CyberGhost, a highly regarded private network that costs about 340 Russian rubles (or $6.50 USD) per month.

Many Russians are already intimately familiar with all manner of anti-censorship technology. Tor and the Invisible Internet Project (I2P), the two biggest anonymity networks around, each have a huge chunk of their users in Russia totaling several hundreds of  thousands of people. VPNs, while less capable at securely hiding one’s identity than both Tor and I2P, are often easier to use and faster, perfect for playing a quick-paced game that needs a stellar Internet connection.

Crimeans are beating the sanctions outside of games as well. The Google Play store, Apple‘s App Store, PayPal, and a host of other American tech products are no longer allowed to sell their wares in Crimea.

VPNs as well as the more powerful anonymity networks have skirted right around the sanctions, allowing Crimeans to disguise themselves and use American products no matter what the U.S. government has to say.