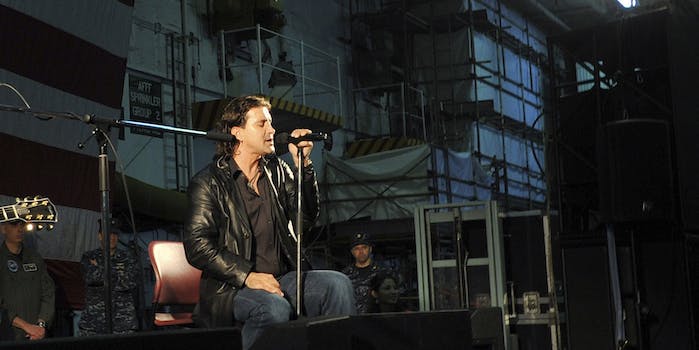 Scott Stapp, the former lead singer of the rock band Creed, has been through a lot of personal and professional turmoil, but it’s hard to understand how he ended up here.

Stapp, who has been in and out of drug treatment programs and psychiatric wards over the years, recently told his family that he believed he was a CIA agent on a mission to kill President Barack Obama. He then fled his home, prompting his family to call 911, report his claims, and ask that he be recommitted to a hospital. The incident came less than a week after Florida police released Stapp from a 72-hour psychiatric hold.

TMZ acquired audio of Stapp’s family’s 911 call, in which a woman says, “He thinks he’s part of the CIA. He thinks they’re trying to kill him, and he has a bunch of paperwork in his backpack that he’s a CIA agent and he supposed to assassinate Obama.”

While this one, well…no.

I did my part yesterday to help out #ScottStapp: I listened to 3 Creed songs on Pandora. #YourWelcome #givingbackatchristmas

The White House has yet to comment on Stapp’s claims.