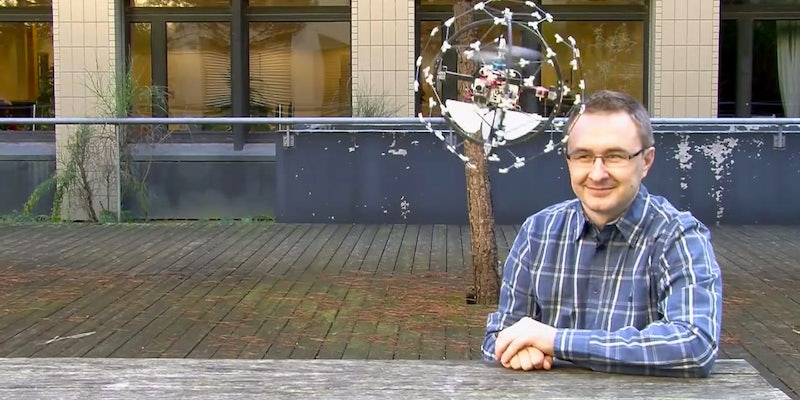 Soon, no space will be off-limits.

So, a drone flies into a bar. Massive property damage, facial disfiguration, and hilarity ensue.

One company is trying to forever alter the punchline to this gory joke by creating a drone capable of navigating tight indoor spaces without harming itself or any humans in its path. The solution: surround a conventional drone with a carbon fiber geodesic orb and an effective stabilizing mechanism. That’s what Swiss firm Flyability has done, and the company’s design won a $1 million prize at the UAE’s Drones For Good competition.

The drone, called the GimBall, is marketed as a search-and-rescue robot that will allow first responders to quickly and effectively search for survivors or assess damage without risking human lives. 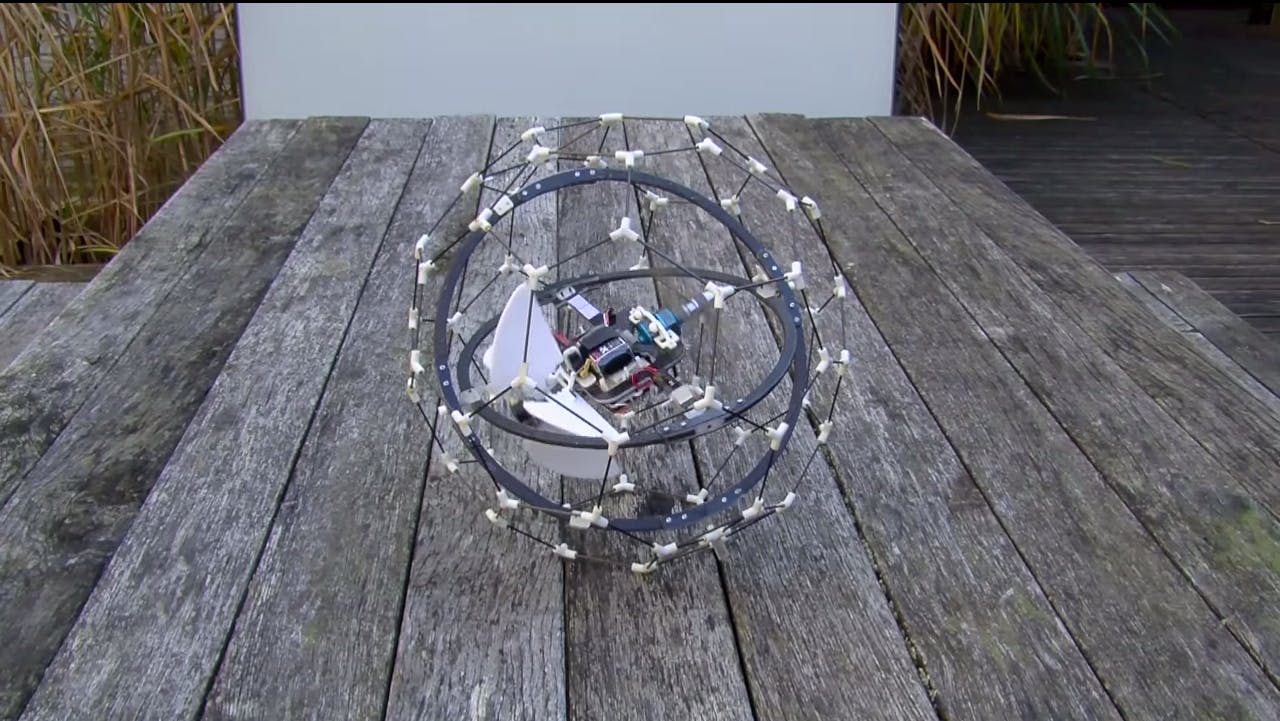 “Our vision is to equip every rescuer with such a robot that can be easily deployed in the field with the click of a button,” co-founder Patrick Thevoz said in the company’s video entry for the competition.

The GimBall’s stabilizing mechanism allows it to crash into objects and fly on unimpeded, not only allowing its operator access to previously unnavigable spaces, doing so quickly, since the operator won’t have to worry about moving the drone gingerly. In fact, one of the drone’s best features is its ability to fly along walls or roll on the ground looking for the nearest opening to reach its destination.

The Flyability team now hopes to take their prototype to the next level with the assistance of the prize money. They plan to launch a product next year that is specifically tailored to first responders with added features like infrared imaging and improved indoor location.