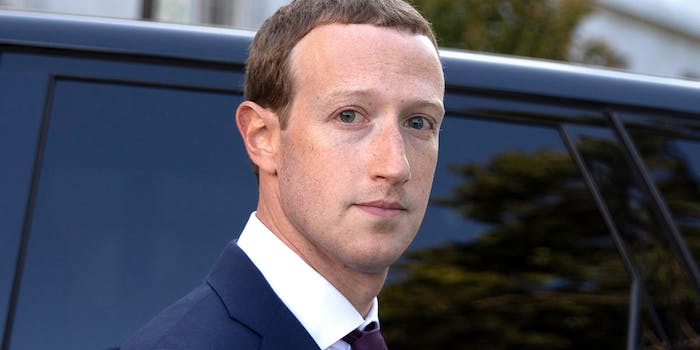 The tech giant must now apply to standards of one country across their platform.

The European Court of Justice (ECJ) ruled today that, “EU law does not preclude a host provider such as Facebook from being ordered to remove identical and, in certain circumstances, equivalent comments previously declared to be illegal.”

This means that individual countries can ask that posts be removed all over the world. It also means that if one post is removed, it may be a requirement to root out and delete similar posts.

In the ruling, the ECJ further clarified that Facebook is, “not liable for stored information if it has no knowledge of its illegal nature or if it acts expeditiously to remove or to disable access to that information as soon as it becomes aware of it.”

“That exemption does not, however, prevent the hosting provider from being ordered to terminate or prevent an infringement, including by removing the illegal information or by disabling access to it.”

Eva Glawischnig-Piesczek of Austria’s Green Party set this case in motion when she sued Facebook after negative posts made on the social media platform came to her attention. She contended that the posts were harmful to her reputation.

This ruling presents a daunting challenge for big tech companies, as standards for defamation, libel, and privacy vary widely from country to country. Suddenly, one country’s standards will apply to content created in another, making moderation difficult.

Facebook had previously said it would interpret ruling in this direction as a limit to freedom of expression. The Daily Dot reached out to Facebook for comment and has not yet heard back.

Update 1:19pm CT, Oct. 3: A Facebook spokesperson responded to our request for comment with the following statement:

“This judgement [sic] raises critical questions around freedom of expression and the role that internet companies should play in monitoring, interpreting and removing speech that might be illegal in any particular country.

“At Facebook, we already have Community Standards which outline what people can and cannot share on our platform, and we have a process in place to restrict content if and when it violates local laws. This ruling goes much further.

“It undermines the long-standing principle that one country does not have the right to impose its laws on speech on another country. It also opens the door to obligations being imposed on internet companies to proactively monitor content and then interpret if it is “equivalent” to content that has been found to be illegal.

“In order to get this right national courts will have to set out very clear definitions on what ”identical” and ”equivalent” means in practice. We hope the courts take a proportionate and measured approach, to avoid having a chilling effect on freedom of expression.”