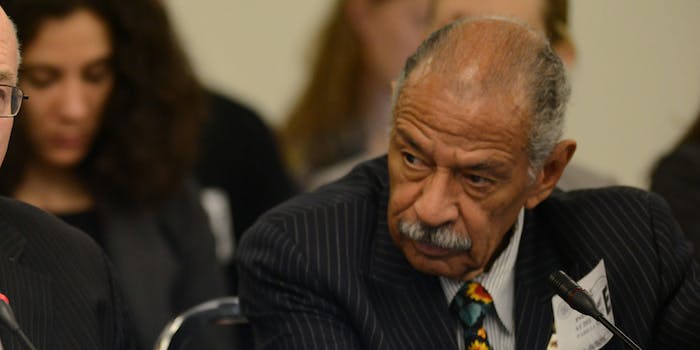 He is expected to announce his decision on Tuesday.

Rep. John Conyers (D-Mich.) announced on Tuesday that he will retire. The decision comes amid several women coming forward saying that he sexually harassed them, according to reports.

Conyers announced he would retire on Tuesday and is endorsing his son to replace him in Congress, according to the Washington Post.

“My legacy can’t be compromised or diminished in any way by what we’re going through now,” Conyers said in an interview with a local radio station. “This, too, shall pass. My legacy will continue through my children.”

Conyers, 88, is the longest-serving member of the House of Representatives.

A relative of Conyers, Ian Conyers, 29, said he plans to run for his great uncle’s seat in the House.

“He is not resigning. He is going to retire,” he told the New York Times. “His doctor advised him that the rigor of another campaign would be too much for him just in terms of his health.”

The long-time House member has been accused of sexual harassment and other inappropriate behavior by at least six former members of his staff in recent weeks. Late last month it was reported that the representative settled a wrongful dismissal complaint by a former employee who said she was fired for refusing his sexual advances in 2015. The affidavit associated with the complaint included staff members saying that he inappropriately touched their hands, legs, and backs.

The complaint said Conyers asked the woman for sexual favors and once spoke to her about his sexual desires. She said that Conyers suggested that agreeing to the favors would be beneficial for her career in the form of salary increases and promotions. The representative did not admit fault as part of the settlement.

Conyers has denied any wrongdoing.  House Minority Leader Nancy Pelosi (D-Calif.) and House Speaker Paul Ryan (R-Wis.) have called for him to step down from his seat in wake of the reports.