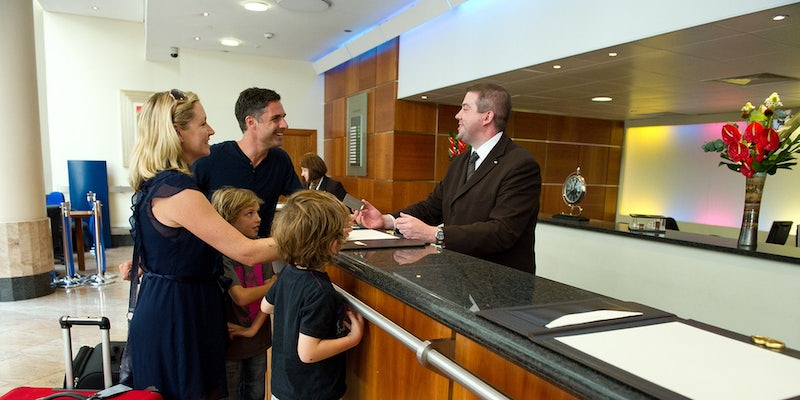 Two members of Congress are fighting for your right to leave negative reviews.

Every once in a while, a few members of Congress try to do something good. Such was the case on Tuesday, when two representatives introduced a bill to prevent businesses from censoring their customers’ negative online reviews.

The bill’s final provision clarifies that nothing in its text should be read to nullify ongoing lawsuits related to libel, slander, or other punishable speech. A company will still be able to sue a customer who, for example, deliberately lies to tarnish the company’s reputation.

Over the years, a number of businesses have gained attention for requiring customers to sign “non-disparagement” clauses when they interact with that business. In November 2013, for example, online retailer KlearGear attempted to charge a couple $3,500 for a negative review about its failure to deliver their orders. It was this infamous case that inspired Swalwell to draft his bill.

Customer intimidation and retribution is such a problem on Yelp that the company declared its support for a California law protecting negative reviews on Sept. 10. That bill passed by a wide margin on Aug. 18 and became law last week.

Laurent Crenshaw, Yelp’s head of public affairs, told National Journal that the company “was supportive of [Swalwell’s] effort and the efforts of other lawmakers to make it explicitly clear under law that non-disparagement clauses in consumer contracts violate the core tenets of the First Amendment of the U.S. Constitution.”

Before the Consumer Review Freedom Act can get a full floor vote, it must pass the House Committee on Energy and Commerce.