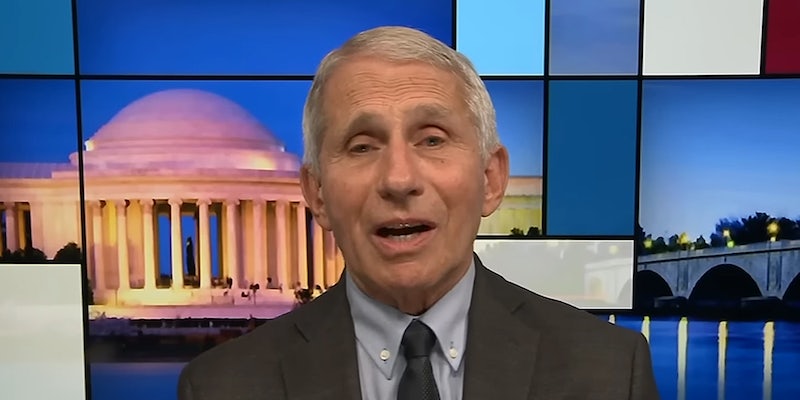 ‘The joke is on us’: Nonprofit at the center of COVID-19 conspiracies received new NIH grant, sparking claims of hush money, new pandemic

A new grant to a nonprofit at the center of speculation over the origins of COVID-19 has reinvigorated conspiracy theories about the virus that has killed millions worldwide.

Speculation has abounded since the pandemic first began, as the original source of the outbreak has never been proven.

The grant is sending more money to the group at the center of some of the internet’s biggest obsessions, like the belief the virus was manmade and leaked from a Wuhan lab.

Far-right conspiracists who believe that have long blamed two men for the outbreak. Dr. Anthony Fauci, the longtime director of the National Institute of Allergy and Infectious Diseases (NIAID), and Peter Daszak, who helms the nonprofit EcoHealth Alliance.

The grant, just approved to EcoHealth Alliance, is being called hush money, a slap in the face to victims of the pandemic, and proof the government is plotting to bring about another outbreak.

Speculation that Daszak, Dr. Fauci, and the WIV conspired to create and conceal the true origins of COVID began almost at the beginning of the pandemic. Daszak and Dr. Fauci maintain that no such cover-up occurred. A lengthy Vanity Fair report in March about more than 100,000 leaked documents noted that, while most scientists believe the virus naturally jumped from bats to humans, a significant number believe it could’ve leaked from the Wuhan lab.

Although NIH cut off EcoHealth Alliance’s funding and only reinstated it upon threat of a lawsuit at the beginning of the pandemic, neither Daszak nor Dr. Fauci has been able to convince conspiracy-minded critics that they weren’t behind the global outbreak.

A new grant from NIH to EcoHealth Alliance is fueling a fresh round of outrage. The $650,000 grant awarded to Daszak’s organization will fund research into coronaviruses, specifically by performing genetic sequencing on the virus in bat and human populations in Myanmar, Laos, and Vietnam.

The fact that the grant isn’t going to Wuhan (or even China) and is for vaccine research, rather than gain of function research, a particular obsession of right-wing conspiracy theorists who believe COVID-19 to be manmade, doesn’t seem to matter.

Wild conspiracy theories poured in across the web once it was spotted on a federal government website.

An op-ed in the far-right Epoch Times wondered, “Is it hush money? Maybe. I suspect something even worse.” The author also opined, “The real battle is between the administrative state—Fauci is a totem for entire machinery—and the cause of freedom itself.”

A right-wing podcaster described the grant as “UNBELIEVABLE” and accused EcoHealth Alliance of funding research that “plausibly” caused the pandemic.

There are a lot of competing theories about the “true” purpose of the new grant, who’s behind it, and what should be done.

The overwhelming consensus is that someone should be held accountable—whether the evidence supports it or not.

“Dr. Fauci and NIH need to be shut down!” wrote one Telegram user.