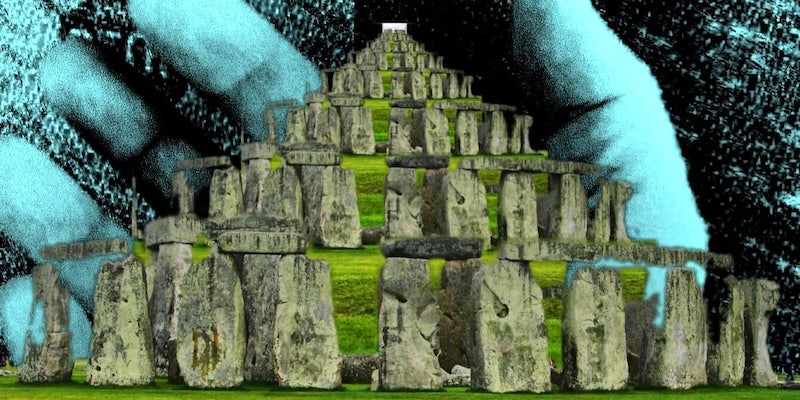 It will be the same flawed predictions.

Like every previous year, 2019 began with a deluge of prophecies, predictions, and visions of the future—coming from well-known “prophets” both living and dead, conspiracy theorists, and pundits.

Will any of them be correct?

If the present day unfolds like the past has, it’s likely that most won’t. But a few will, simply because that’s how predictions work. The more of them you make, the more of them you’ll get right… even if you aren’t that accurate.

This tactic of tossing out a large number of vague predictions and running with the ones that you can interpret to say it came true is called “shotgunning.” It’s a favorite of cold reading practitioners, mediums, and strip mall psychics. But even if you go centuries back, legendary seers of the future engaged in it, with future generations of hucksters trumpeting the perceived hits, and discarding the misses.

What do the modern and ancient prophets and seers think 2019 has in store for us?

The year actually began with a failed prediction of sorts. A new Executive Order signed by President Trump in March making amendments to the laws governing courts-martial was interpreted by QAnon believers as being the last step needed to make mass arrests and try those arrested in a military, rather than civilian, court.

Many believed that the arrests foretold by Q would start as early as New Year’s Day, with believers tweeting in the last few hours of 2018 that they were ready for the storm to begin.

POTUS appears to be aboard AF1, transponder is OFF.
We got a mysterious message on 8chan, photo of desk in AF1, asking if the anons were ready, HELL YES, we are ready. o7#PanicInDC #Resist = SEDITION by any other name#QAnon #MAGA #Justice #WWG1WGA pic.twitter.com/hqv0lAuxvQ

Supreme Court Justice Ruth Bader Ginsburg has also been the subject of innumerable conspiracy theorist speculation, including several QAnon posts hinting she’d be “gone soon” through either retirement or death. Even mainstream media outlets have been predicting RBG’s retirement, to some consternation. It’s possible she might retire due to health issues or age, of course, so predicting her departure is not outlandish. It hasn’t happened yet, but it wouldn’t be an impressive feat of prediction if it comes to pass.

Our divided political situation, along with the tenuousness of President Trump’s administration, had led to a number of predictions that the country is headed for some kind of mass civil unrest—or even a full-blown Second Civil War.

Futurist Bryan Alexander predicted over the summer that the country might be on the verge of civil war between the far left and far right and that it was “not a stretch to imagine ICE agents being met by armed protestors, or a pro-Trump supporter shooting at a perceived enemy.”

And the National Review  decried globalization, technology, immigration, and “the Obama project” as factors in bringing us closer to a new 1861 in 2019.

“I’m predicting a Third Gulf War, but it won’t be fought in the Middle East. … It will be the Second Civil War, here in America and caused by the gulf between the right and left." https://t.co/cG5ZvVH8Nl

Then again, Trump might not even be in office long enough to foment a Second Civil War. Opinions among seers and experts vary. The professor who famously predicted Trump’s victory has also predicted his impeachment for this year, as does Watergate whistleblower John Dean. Others are on the fence about whether Democrats will pull the trigger. Even Trump seems to think it’s coming, and says that the American people will “revolt” if it happens.

But the conspiracy theory community firmly believes it’s on the way, with Alex Jones  warning over the summer that if Trump didn’t oppose Jones’ removal from social media, then Democrats “will be able to steal the midterms and start the impeachment.”

But fear not, Trump supporters: so-called “fireman prophet” Mark Taylor predicts that while Democrats will try to impeach Trump, Taylor predicted that  impeachment would “roll off of him like a duck.”

But the “fireman prophet” isn’t the only quasi-legitimate spiritual guru to see big things in store for Trump in 2019. The leader of one of the groups of “warriors, worshipers and watchmen” that expend spiritual energy protecting Trump from scandal prophesied that Trump’s creation of Space Force, along with his conflicts with European leaders, would bring about the second coming of Jesus Christ.

Televangelist, food bucket salesman, and convicted fraudster Jim Bakker had claimed the same thing, that Trump was elevated to the presidency to prepare “the church” for the End Times, and that the Deep State has hired “100 hitmen” to assassinate Trump and stop it from happening.

Putting aside these new prophets, what do the classic seers of history have to say about 2019?

Pretty much the same thing they say about every year. Analysis of Nostradamus’s words claims he’s predicted World War III and an assassination attempt against Trump, while “blind prophet” Baba Vanga predicted before her death in 1996 that 2019 would see the 45th president of the U.S. die of a brain illness and a Russian president would survive an assassination attempt.

Of course, the vast majority of these predictions will turn out to be wrong, as were the ones made by the self-appointed prophets and seers in 2018—a fantasy of mass arrests, disasters, and Trump glory that failed to come to pass.

If any do actually come true, and it’s clear that at least a few will out of random luck, expect their makers to trumpet them endlessly—while they hope you forget the rest.