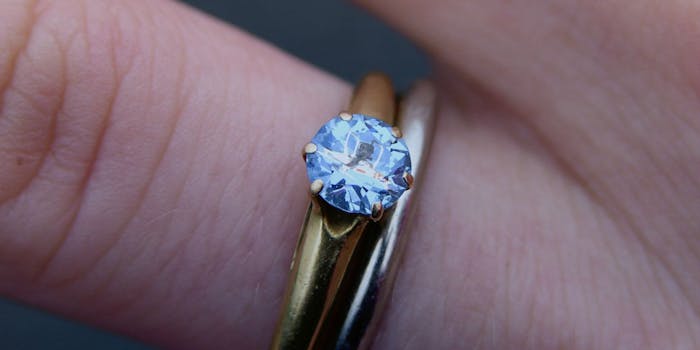 Did Rep. Sean Maloney break the law by using a drone to film his wedding?

Well, this is awkward: Rep. Sean Patrick Maloney (D-N.Y.) last month hired a drone to photograph his wedding ceremony—even though he sits on a subcommittee that oversees the FAA, which has prohibited commercial drone flights. So is he in big trouble, or above the law?

Probably the latter, as even civilian drone operators are successfully challenging FAA fines over “reckless” piloting of unmanned aircraft. That’s largely because the agency has consistently failed to formally adopt any safety standards or regulations for their use. Nonetheless, they announced an investigation into whether Maloney’s actions violate their case-by-case ban.

Maloney, whose marriage to Randy Florke in Cold Spring, N.Y., was “22 years in the making,” has admitted to contracting Parker Gyokeres to film the event via drone. Gyokeres, an Air Force photojournalist, told the New York Daily News that there “are no laws that prohibit the use of multicopters for photography,” underscoring just what a muddled legal area this is. He also said he had secured permission from the Capitol Police to fly his device over the sumptuous affair.

As a member of the House Transportation and Infrastructure Aviation Subcommittee, of course, Maloney might seem to be flexing his privilege. He’s currently set to win reelection over former Rep. Nan Hayworth, whom he defeated in 2012, and E. O’Brien Murray, a spokesman for that campaign, remarked that “Sean Patrick Maloney doesn’t think that the rules apply to him.”

A damning charge—or it would be, if anyone agreed on what the rules really are.