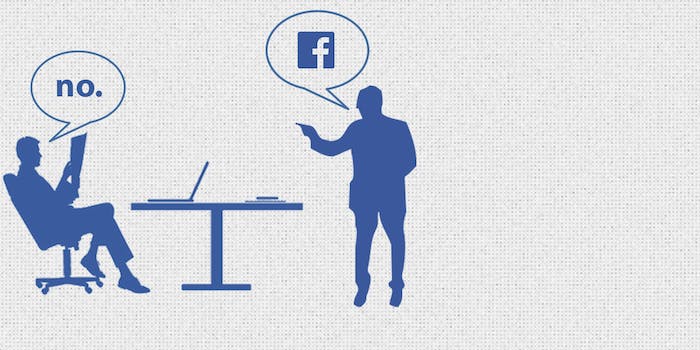 Reps. Ed Perlmutter (D-Colo.) and Peter Welch (D-Vt.) introduced the Password Protection Act of 2013 on Tuesday. It would ban any employer from forcing an employee to give up computer-related access except on a work computer or as otherwise commanded by a court order.

“No American should have to provide their confidential personal passwords as a condition of employment,” Perlmutter announced when introducing the bill. “They have an expectation that their right to free speech and religion will be respected when they use social media outlets.”

The issue became a hot one in 2012, after reports surfaced of Americans losing their jobs after refusing to hand over their Facebook passwords to their employers. In response, a number of states introduced and passed legislation to stop that practice.

The bill already has 31 cosponsors, most of them Democrats. Those include two signers of the Declaration of Internet Freedom, that activist-drafted pledge to protect the Internet: Chellie Pingree (D-Maine) and Jared Polis (D-Colo.)