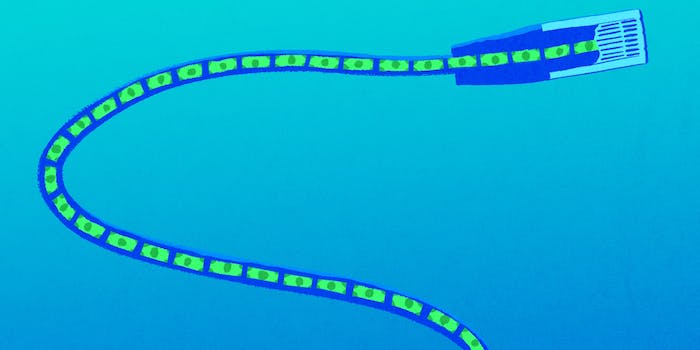 The FCC says it isn't interested in using this power, but Republicans don't trust it.

Republican lawmakers will consider a bill next Tuesday that would prevent the FCC from using its net neutrality authority to regulate broadband Internet prices.

The House Subcommittee on Communications and Technology will review the No Rate Regulation of Broadband Internet Access Act during a Jan. 12 legislative hearing, the committee’s Republican majority announced on Tuesday.

The bill from Rep. Adam Kinzinger (R-Ill.) would block the Federal Communications Commission from limiting the rates that Internet service providers can charge for broadband service.

The FCC has the power to regulate Internet prices under the 2015 Open Internet Order, which established rules preventing ISPs from blocking or throttling access to online content and generally gave the commission new authority to maintain a free and open Internet.

The Order, which the Commission adopted in February 2015 on a party-line 3-2 vote, remains controversial, and the telecom industry is challenging it in federal court.

FCC Chairman Tom Wheeler has said that the agency is not interested in using the Order to regulate broadband rates, but conservative lawmakers, unwilling to take him at his word, are seeking to prevent it by statute.

The FCC can regulate Internet rates under the Order by applying tariffs that restrict Internet prices or by undertaking “enforcement actions” to declare that specific rates are unreasonable.

“The FCC used its authority to avoid applying the tariff authority to broadband,” Republican leadership said in a statement announcing the upcoming hearing. “However, that still leaves the FCC free to regulate broadband through its enforcement authority.”

Congressional Republicans have advanced several bills intended to dilute or overturn net neutrality. Kinzinger’s bill blocking rate regulation began as a provision slipped into the recent omnibus budget legislation, but it was removed before the budget passed.