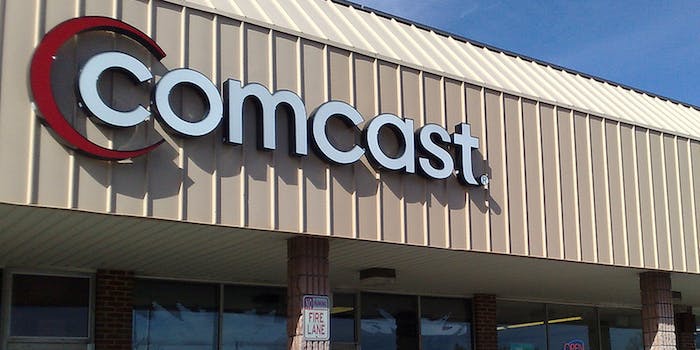 Comcast got a customer fired after a billing dispute

This story would make anyone hesitate before complaining about their service.

It used to be that the worst thing that could happen to someone who complained to their cable company was a frustratingly pointless phone call. That all changed this week, when Consumerist reported a horrifying story about Comcast, the nation’s leader in consumer enragement.

Consumerist’s report details the experience of a former Comcast customer named Conal O’Rourke, who was fired from his job shortly after calling the cable and Internet service provider to dispute certain charges. “From the start,” Consumerist’s Chris Morran writes, “there were issues with his service, as he was being charged for set-top boxes that had yet to be activated.”

Comcast also sent O’Rourke about a dozen pieces of equipment that he didn’t order, including DVRs and modems. The bill for these unwanted items? $1,820.

O’Rourke, Consumerist says, knows a thing or two about accounting for purchases. He knows this because he was—until recently—”an experienced accountant” at the prestigious firm PricewaterhouseCoopers (PwC). So O’Rourke disputed the charges, created a detailed list of the erroneous charges and unwanted equipment, and presented the information to Comcast.

Long story short: After several calls to Comcast and even a request to the private-sector Public Company Accounting Oversight Board, O’Rourke was no closer to resolving his issue.

In fact, Comcast was about to create an entirely new issue for O’Rourke.

After his last support call to Comcast, someone at the compnay contacted a high-level employee at PwC, sparking “an ethics investigation and O’Rourke’s subsequent dismissal from his job.”

PwC reportedly told O’Rourke that Comcast had emailed the company a transcript of O’Rourke’s conversations with Comcast employees, in which he allegedly tried to win better service by playing up his prestigious employment. While Comcast has admitted that they contacted the firm, they have not produced any evidence that these emails were sent or given any indication of what they included.

In response to questions from Ars Technica, a PwC spokeswoman issued a brief statement, saying that O’Rourke was fired “after an internal investigation concluded that Mr. O’Rourke violated PwC’s ethical standards and practices.”

O’Rourke’s lawyer, meanwhile, tells a different story: After hearing from Comcast, the PwC employee told O’Rourke that he “was not to speak with anyone from Comcast” because PwC had a business relationship with Comcast that was “very valuable,” and Comcast was “very angry as a result of Mr. O’Rourke’s complaints.”