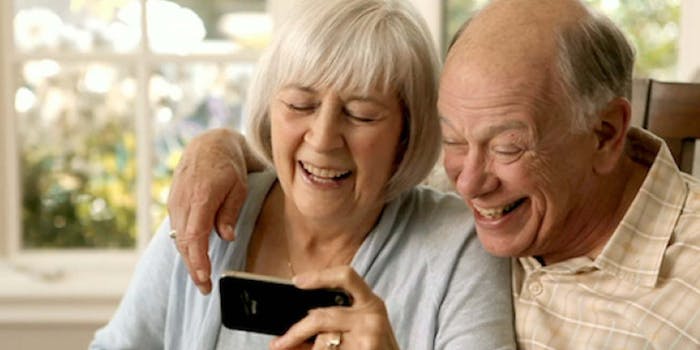 There’s an app for cleansing your colon

Colorectal cancer is the second leading cause of death in U.S. This new app aims to improve early diagnosis.

One of Samsung’s recent arguments against the iPhone is that the iPhone is the phone of old people. But let’s not assume that just because old people like a particular gadget, it must be bad. In any case, the only old person I associate with the iPhone is Lou Reed, who designed an elderly friendly app called “Lou Zoom” that made text bigger—addressing a stereotypical complaint by the elderly—but he’s still Lou Motherfucking Reed and therefore cooler than some young dads trading videos by bumping Galaxys.

As America simultaneously ages and becomes more smartphone saturated, app developers are proving savvier than their advertising counterparts, with some positive, if unseemly results. For example, this app that helps you prepare for a colonoscopy, with tips and pictures.

Without going too deep into it, a colonoscopy is a routine procedure recommended for people over 50, to screen their bowels for signs of colorectal cancer, the second leading cause of cancer deaths in the US.

Screengrab from the app in question.

The app, which is available for iPhone and Android, allows patients to select their procedure and get timed alerts on their phone as the big day approaches. It was developed and tested by doctors at Arizona Digestive Health, a physician group focused on gastroenterology.

The procedure seems bad enough on its own—with a camera going up the anus to give the doctor a thorough gander of the colon—and on top of that, it involves an unpleasant-sounding preparation process, that climaxes with taking a bunch of laxatives and drinking 73 ounces of colon cleansing liquid. The PDF I looked at promises, “You will have diarrhea, which can be quite sudden. This is normal.” Getting old does sound like a drag sometimes.

Anyway, the preparation starts days before potentially sudden diarrhea sets in, and involves dietary restrictions and taking medication. The more thoroughly a patient prepares, the more effective the procedure is. And patients who used a smartphone app came in prepared at rates demonstrably higher than those who didn’t use them.