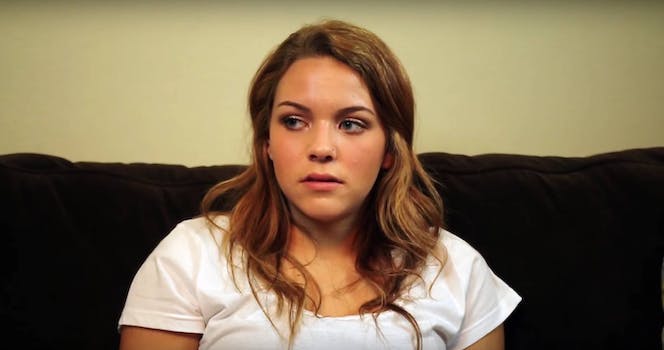 The maker of the video says anyone offended by the short film is 'detached from reality.'

“I’m afraid to leave my house without a hat and sunglasses on,” UT Sophomore and Cocks Not Glocks organizer Ana Lopez told the Daily Dot. She’s the young woman who many are saying the actress in the video purposely resembles.

Dallas-based IT consultant and guns rights activist Brett Sanders is behind the film. He told the Daily Dot that the purpose of the short film is to“illustrate, in probably the most graphic way possible, the consequences of gun-free zones.”

Sanders says he could have presented his rebuttal to the Cocks Not Glocks campaign differently, but felt that old talking points weren’t enough to communicate his message anymore.

“It doesn’t hold the same gravity as actually showing a break in and a violent armed robber take your life,” Sanders told the Daily Dot.

Lopez watched it after a friend sent it to her.

“I wanted to throw up… I felt targeted, disgusted, and embarrassed” Lopez told the Daily Dot.

Lopez said her mom cried after watching the video while at work. She decided to file a complaint against Sanders and contacted campus police and student services for support. 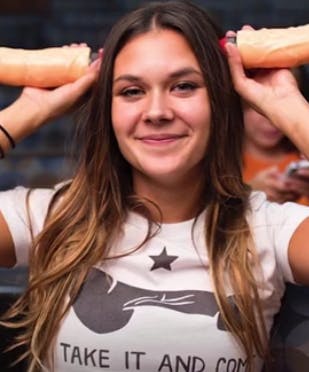 Cocks Not Glocks/Now This Video 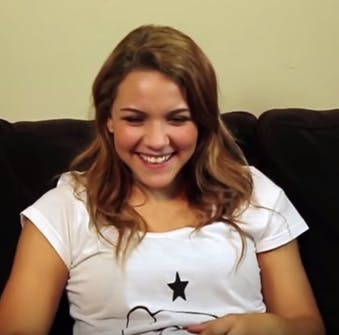 Sanders says no one in the short film was meant to resemble any specific person or threaten members of Cocks Not Glocks. He says anyone who feels threatened by the implementation of Campus Carry is “detached from reality.”

“The only people they should feel threatened by is themselves because they are actively working to disarm not only themselves, but everyone around them to become a gun-free zone,”

Cocks Not Glocks formally denounced the video on their Facebook page. 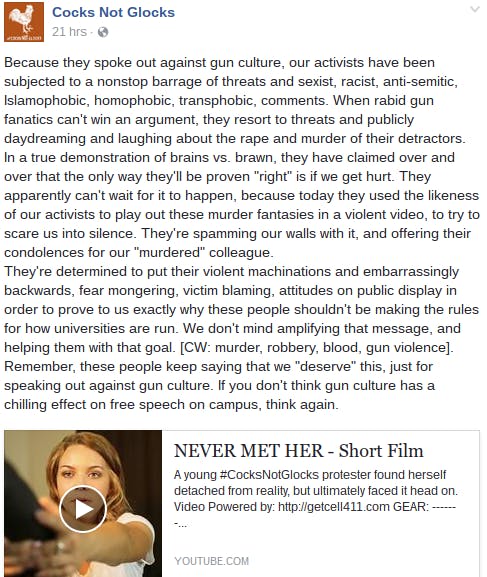 Sanders wants the video to highlight the fact that not having a gun makes someone essentially defenseless. Critics felt the video was too violent, while others made light of the short film.

and you are extremely morally confused. I feel sorry for you & people that think like you 4/4

.@brettsanders Or maybe you'll find a soul, and a shred of decency. #fem2 #NoMoreNRA

Saved by a cock. https://t.co/rczZobzx7U

As for Lopez, she says it’s because of people like Sanders that Cocks Not Glocks doesn’t want guns in the classroom. And she has some choice words for Sanders following the release of his short film: “People like you don’t deserve to carry a lethal weapon.”