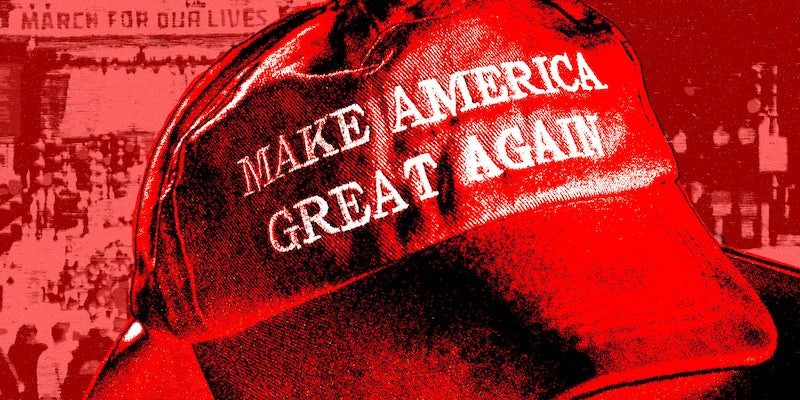 The suit seeks $275 million in damages.

CNN has been sued by Covington Catholic High School student Nicholas Sandmann for defamation, according to reports.

Reuters reports Sandmann sued the news outlet in federal court in Kentucky and seeks $275 million in compensatory and punitive damages.

Sandmann was the teenager at the center of a viral video from earlier this year that showed him staring at a Native American elder amid protests outside the Lincoln Memorial.

According to the Daily Beast, the lawsuit claims CNN referred to Sandmann and his fellow classmates as engaging in “racist conduct” in broadcasts and online articles.

“CNN brought down the full force of its corporate power, influence, and wealth on Nicholas by falsely attacking, vilifying, and bullying him despite the fact that he was a minor child,” the suit reads, according to the Daily Beast.

Sandmann’s family also sued the Washington Post last month, seeking $250 million in damages. Sandmann’s lawyers said they chose that number because it was what CEO Jeff Bezos had paid for the Post.