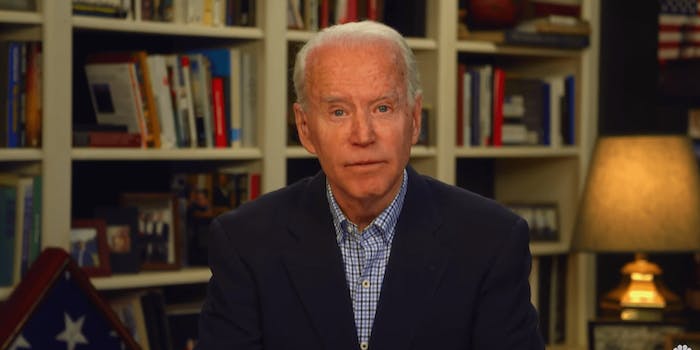 Tara Reade, a former Biden staffer during his time as Delaware senator, recently accused the politician of inappropriately touching her without consent in 1993.

Despite the serious allegations, coverage of the claim has been almost entirely from right-leaning publications, eager to highlight the issue ahead of the 2020 election.

Left-wing news sources have covered the story as well, but many major media outlets have been accused of ignoring Reade’s claims.

Those criticisms came to a head on Friday when CNN’s Anderson Cooper, who hosted the network’s coronavirus town hall with Biden, declined to question the Democratic candidate on the matter.

Twitter users were quick to call out the network, even accusing it of attempting to cover up the story.

The criticism was also levied directly against CNN’s Twitter account, which had tweeted out an article discussing the “5 takeaways” from its town hall.

As expected, none of the takeaways from the coronavirus discussion included reports of sexual assault.

Many were also upset that as the allegation surfaced, CNN was running an article, titled “The Top 10 women Joe Biden might pick as VP.”

Biden’s campaign thus far has not responded to the allegations. A search for Reade’s name on CNN also yields no results at the time of publication.

To make matters worse, Biden’s plan for dealing with the global pandemic was likewise criticized for being overly vague.