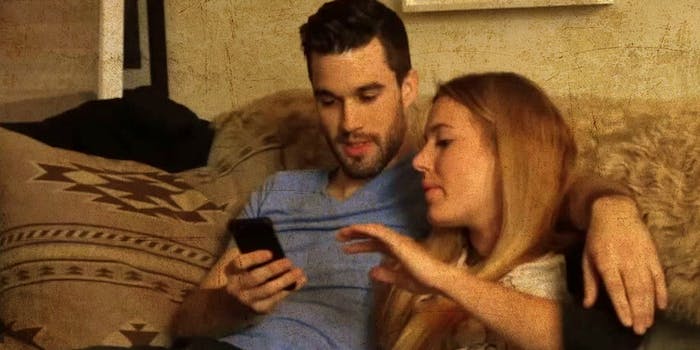 Meet Cloe—she’s everything we wanted Siri to be

We put Cloe to the test against Siri.

As someone who hates making decisions, especially when I’m traveling to new places, I like to hear other people’s advice. There are already a number of apps and services that can help you figure out where to go—Google Maps, Yelp, and even Siri can help you find your way around an unfamiliar city or neighborhood.

But even with all those options, you still have to decide which restaurant, hotel, or other destination sounds best after sifting through multiple reviews, or at least ask a friend to help you pick a place.

Now there’s a new service, touted as your “personal concierge,” that markets itself as “Siri’s smarter sister.” I was skeptical at first, because who wants a bot making plans for them?

After a conversation with Cloe, I was sold.

Cloe is an SMS-based recommendation engine that answers your most important questions, like “Where should I go for dinner?” or “Where can I buy a dress?”

Chase Hildebrand, who co-created Cloe with Paige Skinner, said that the idea came to him as a result of his own angst at using recommendation apps to find a place to eat in New York. After a year and a half of work, he launched Cloe to solve that problem.

“I was in New York City for the first time and wanted a New York bagel,” Hildebrand said in an interview with the Daily Dot. “I went to a social discovery site and the first thing that popped up was Dunkin’ Donuts.”

You won’t receive any suggestions like that from Cloe. The bot scrapes the Web looking for venue information like popularity among locals, price, and proximity. Cloe can suggest destinations from 80 different categories, including restaurants, retail stores, and hair salons.

Hildebrand and Skinner also built custom artificial-intelligence software that learns your behavior and improves its suggestions based on the data it gathers. The AI also gives Cloe a human touch—she can make jokes and text emoticons.

I tested out the app with Valentine’s Day-themed queries, and when I asked for some retail therapy, Cloe inquired whether my romantic engagement was expected to last longer than just Feb. 14. 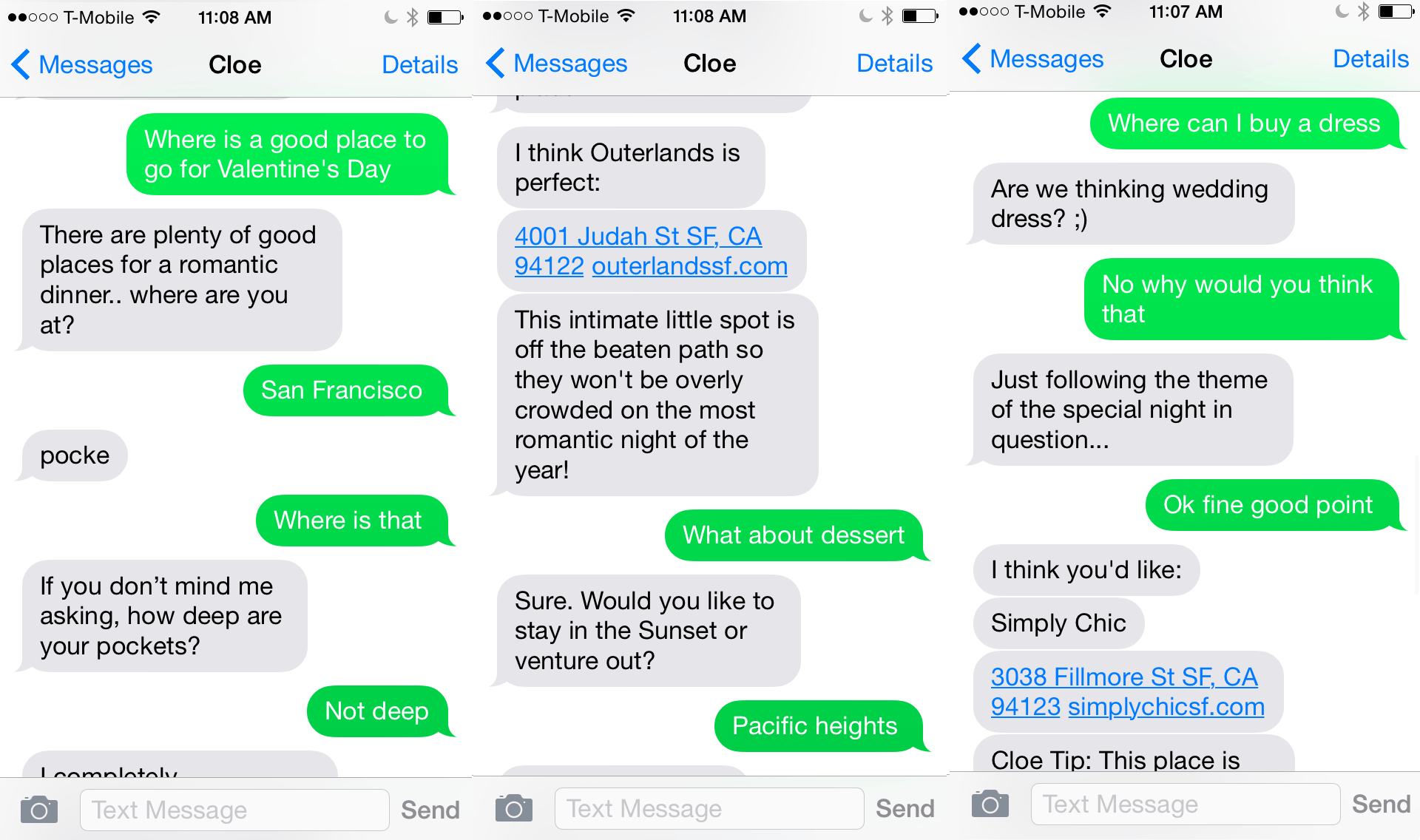 To see just how much smarter Cloe is than Siri, I asked my trusty iPhone companion the exact same questions. Apple‘s software didn’t provide me with any tailored recommendations or ask me follow-up questions to help pick the perfect place. Apparently, my voice isn’t distinct enough to help Siri distinguish “a dress” from “address.” 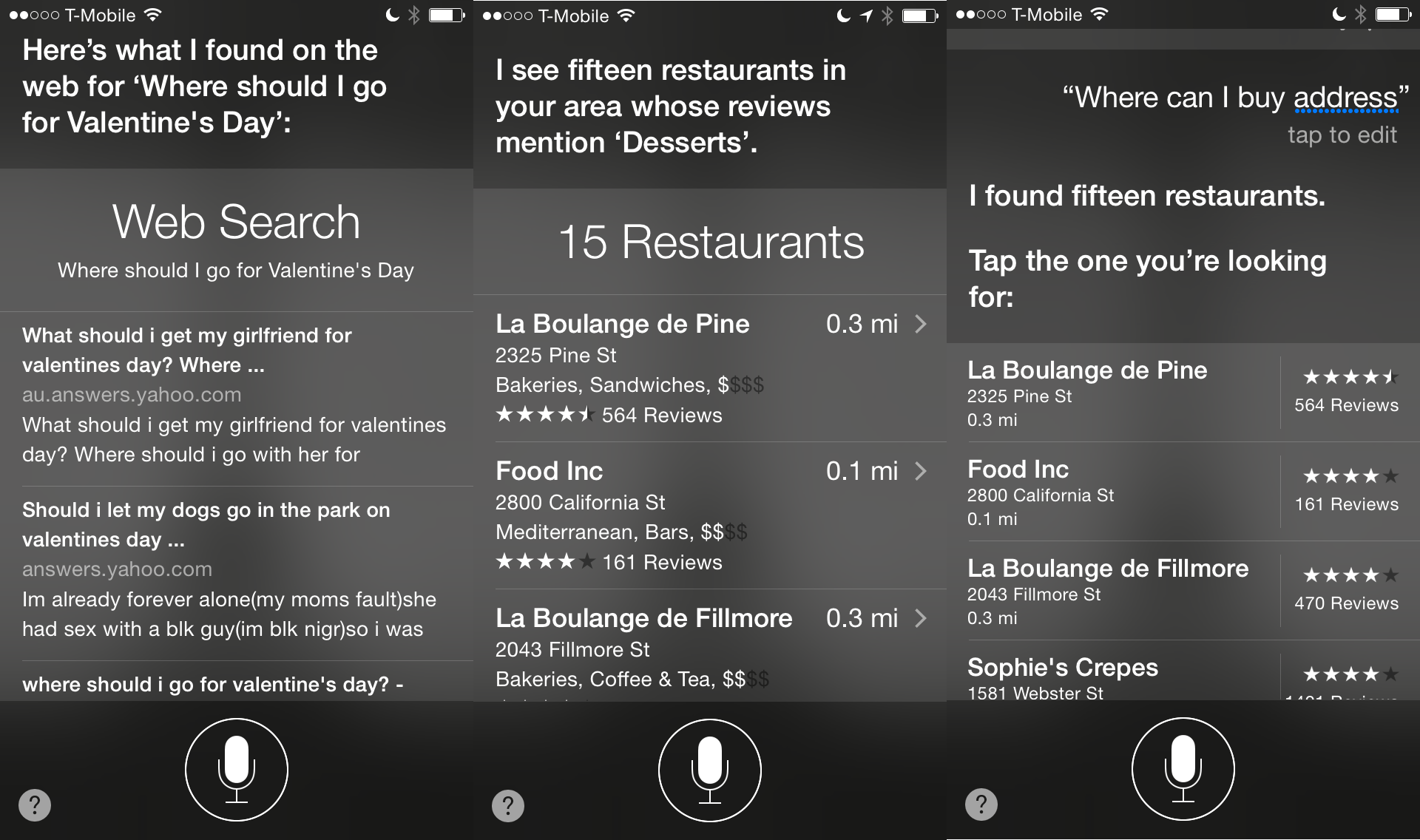 Cloe isn’t available for everyone quite yet, but you can sign up for a waitlist on the company’s website. You’ll be alerted when you’ve been approved to download it. Then you can start texting Cloe, a bot that feels like a friend.