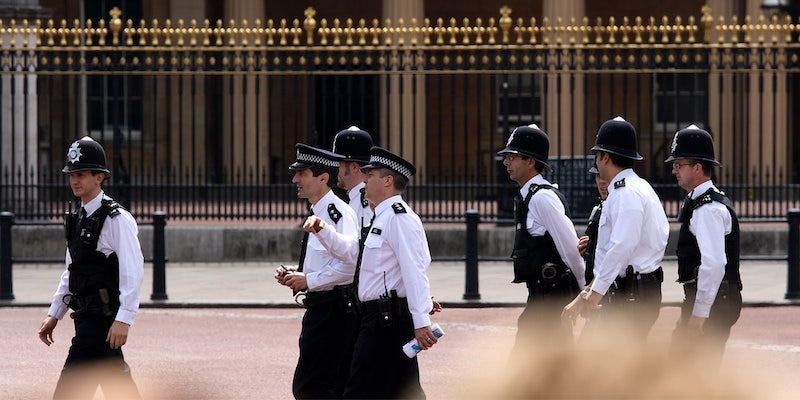 They then asked for the incriminating documents to be destroyed. They weren't.

A U.K. police force has accidentally released documents revealing that it has used controversial anti-terror laws to spy on journalists who had not committed any crimes.

The Cleveland Police “erroneously” sent information to industry paper the Press Gazette indicating that it had used the Regulation of Investigatory Powers Act (RIPA) to obtain telecoms data while searching for a journalist’s source, the the Press Gazette reports—and asked the publication to delete the documents when they realized what they had done.

Press Gazette has refused to do so, arguing that “there is a strong public interest in disclosing it.”

RIPA, which regulates how authorities can intercept and monitor communications, is under increased scrutiny as it has emerged that at least four other U.K. police forces have used it to seize telecommunications data while hunting for journalists’ sources. The journalists affected have not been accused of any criminal wrongdoing.

In another incident, a local council used RIPA to follow and spy on a journalist meeting a source at a café as she investigated “allegations of wrongdoing within the council’s environmental services department,” ultimately “scuppering” her investigation.

Testifying before the Home Affairs Select Committee, the National Union of Journalists has also condemned police use of RIPA as “systemic,” arguing that it risks doing “irreparable damage.”

There is now an ongoing investigation into misuse of the Act by the Interception of Communications Commissioner’s Office (IOCCO), which is to be published in January 2015.

Earlier this week it emerged that after the Metropolitan Police used RIPA to try and access the details of a single journalist in March 2014, Vodafone accidentally provided the phone records of more than 1,500 others. The Press Gazette reports that rather than deleting the data, the Met “analyzed it in a spreadsheet and hung on to the records for seven months.”