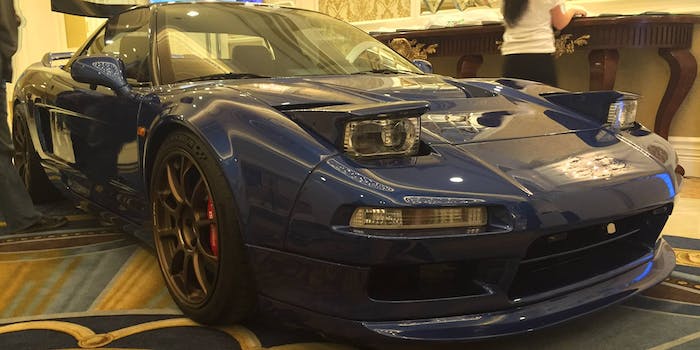 An Acura NSX from the ’90s got tricked out for CES

A team of car restoration experts have tricked out an old Acura NSX.

There isn’t a ’90s supercar as iconic as the Honda/Acura NSX. Sporting an all-aluminum body, a rear-mounted engine, and Honda’s VTEC system, it was a remarkable supercar. In 1992, the NSX-R was pushing out 276 horsepower out of a 3.0 liter V6.

The car is on the cusp of reaching classic status and with the new 2017 Acura NSX set to release this year, a modern homage had to be made to the original. The restoration nuts at Clarion Builds have just done that, bringing the old NSX to the modern age.

In a press release, the company announced that for CES 2016, it would unveil its reworked NSX. Added was a full digital sound system and a ton of engine upgrades and modifications, as well as subtle body upgrades to increase its aerodynamic performance without harming the original design.

And this wasn’t a pristine, garage-stored NSX. Clarion found a heavily-used, over 230,000-miles-driven NSX to try and restore. Other than some suspension and drivetrain upgrades, the car was still in incredible shape after so many miles—a testament to Honda design. 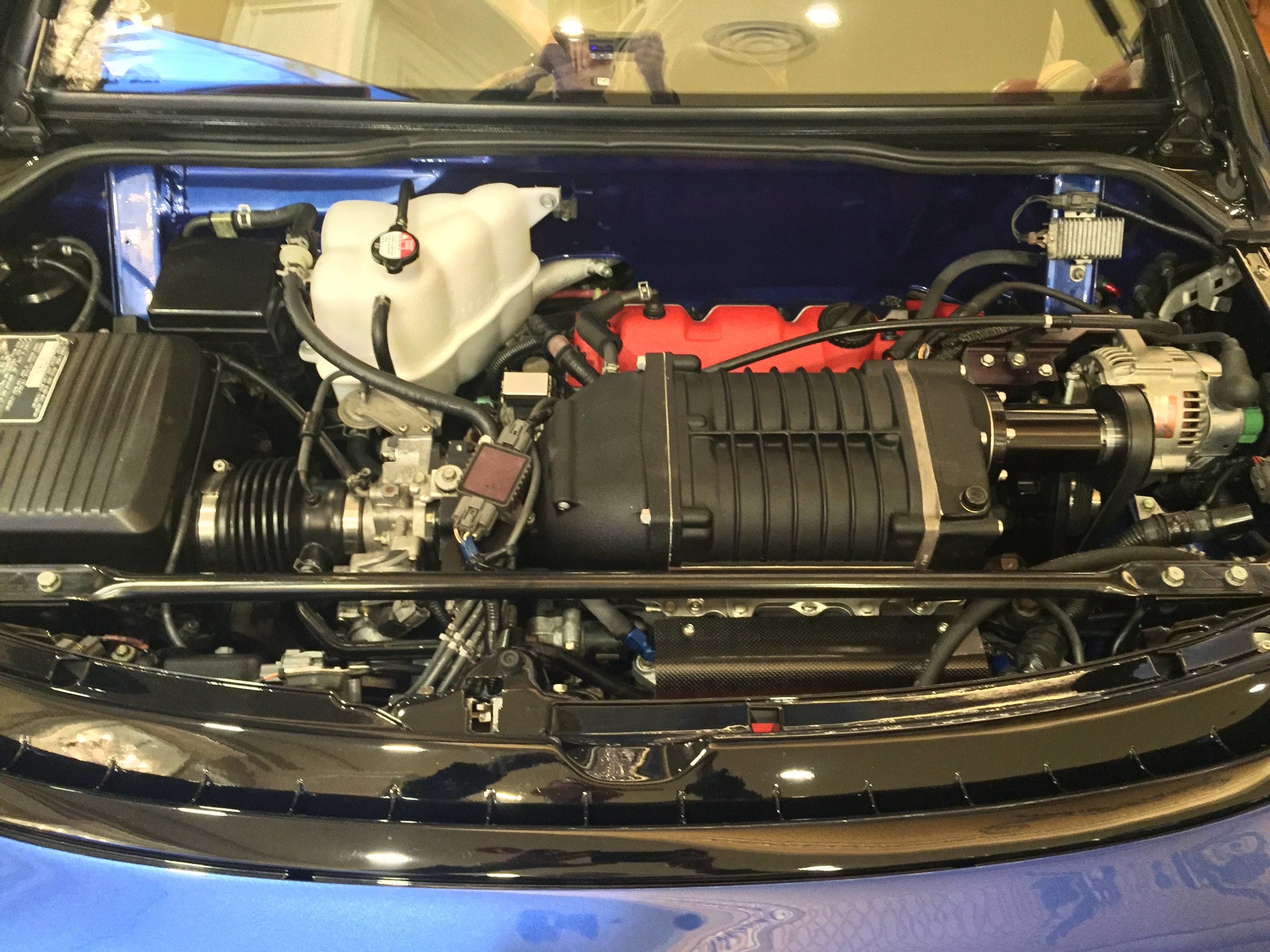 Electronics-wise, the biggest upgrade was the sound system. Gone is the cassette deck for a Full Digital Sound (FDS) audio system, 7″ touchscreen, and cameras so the driver can see all outside angles. The body panels were almost all completely replaced by parts from Downforce and was given a new paint job. The old engine was swapped out for a slightly newer one, at 3.2 liters, a Comptech Supercharger, and a six-speed manual gearbox. Lastly, coilovers were added, brakes were changed, and the interior was completely redone with new carpets and leather. 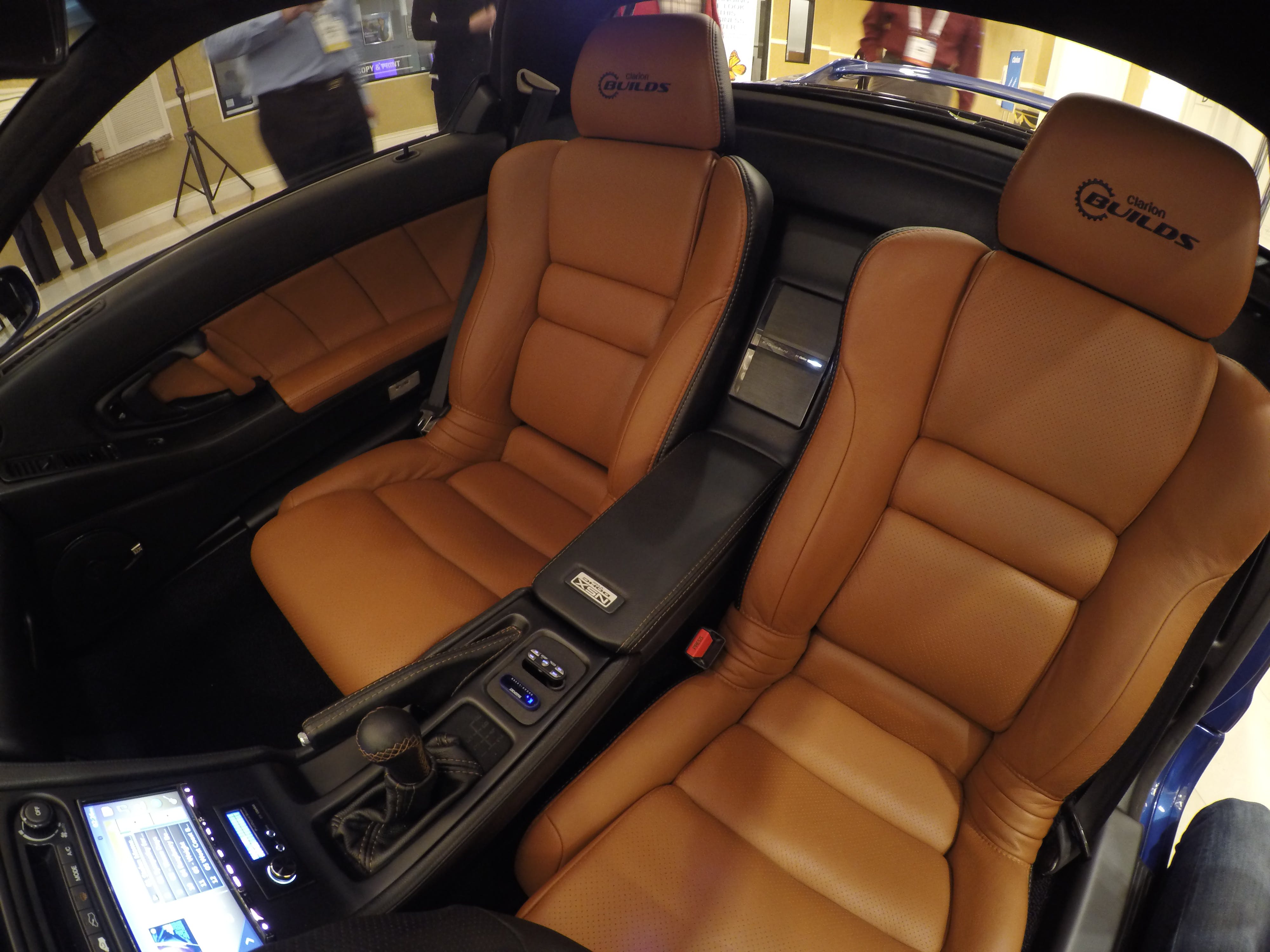 The car is currently on display at the ballroom foyer at the Las Vegas Westgate Resort and Casino during CES. If you’re not fortunate enough to be in Las Vegas for CES, there are a few more pictures below to bask in. Now if only Clarion would give us a chance behind the wheel. 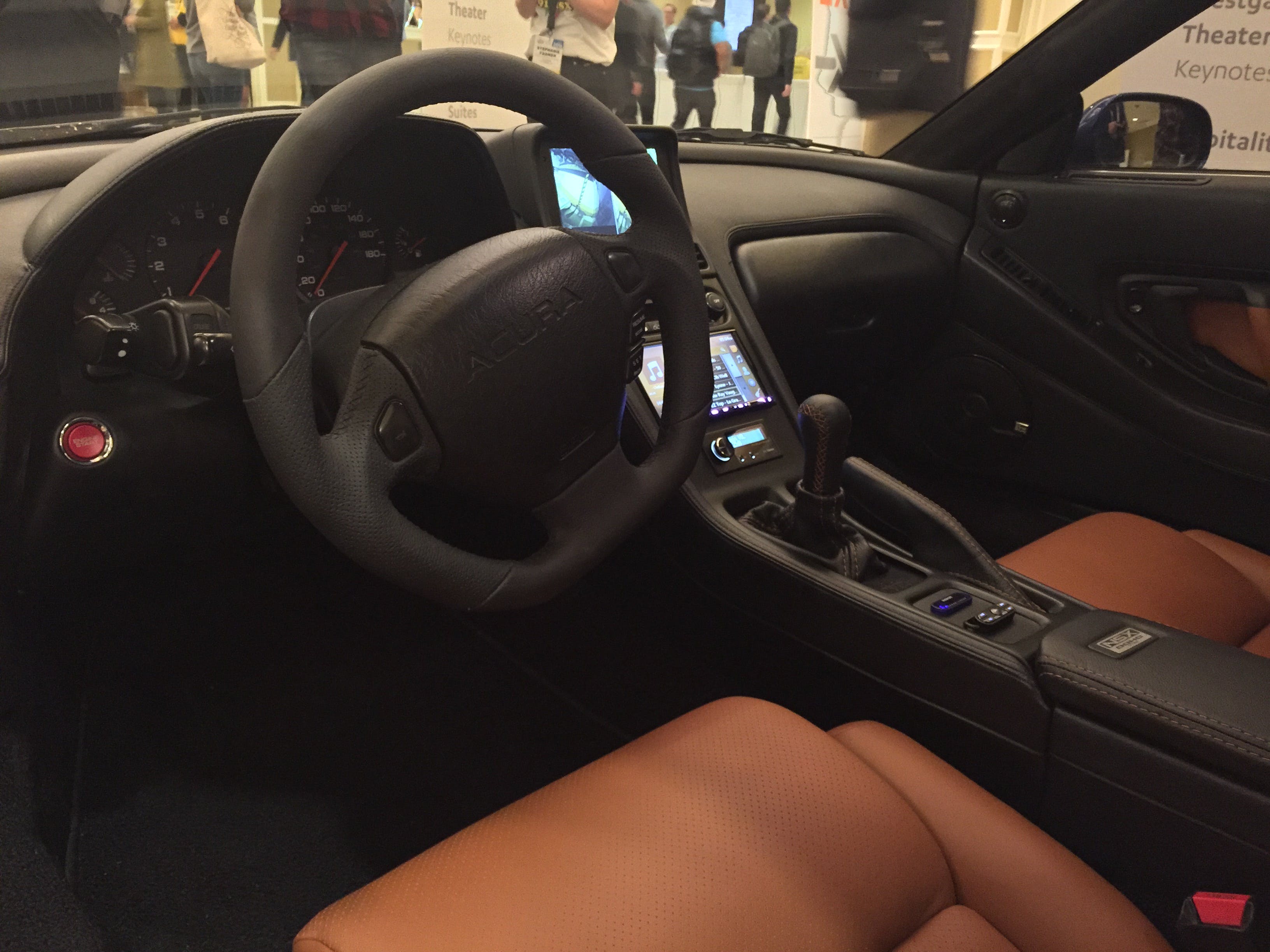 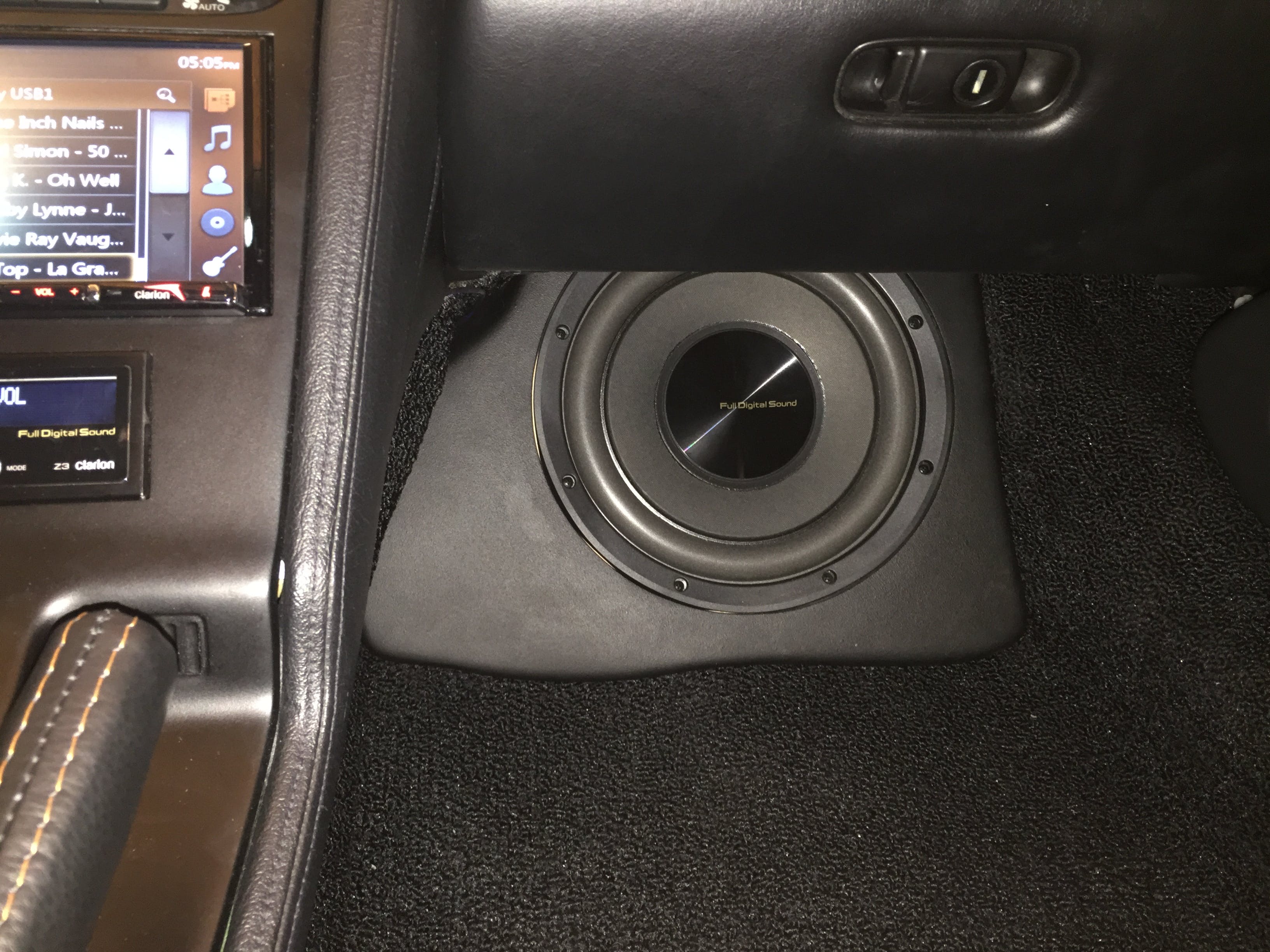 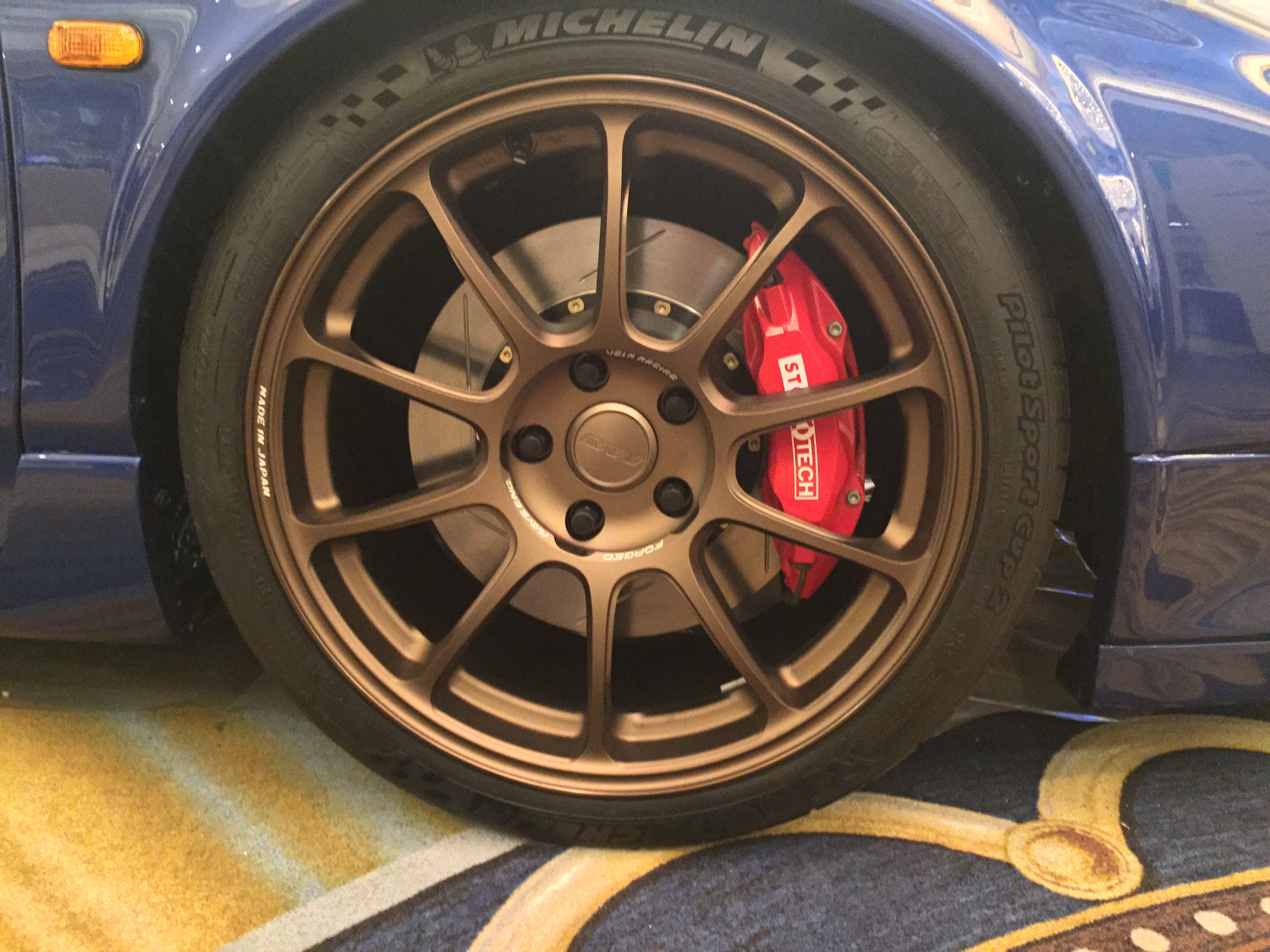