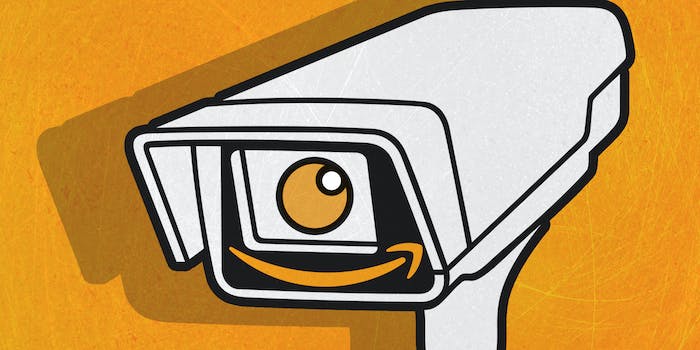 Civil rights groups call on Amazon to cut ties with police, shut down its ‘surveillance empire’

'Amazon is dragging us toward a world dominated by total corporate surveillance.'

More than 20 civil liberties organizations and thousands of their supporters are calling on Amazon to shut down its “surveillance empire.”

In a press release on Thursday marking the anniversary of Amazon placing a one-year moratorium on the sale of its facial recognition software to law enforcement, digital rights group Fight for the Future announced the launch of its latest effort: “Protest Amazon.”

The digital protest is calling on the e-commerce giant to “permanently divest from surveillance technology” as well as ending its relationships with law enforcement entities.

The campaign urges supporters to submit a video of themselves reading a statement denouncing Amazon’s role in fueling “militarized policing” and its “ties with police and ICE.”

Fight for the Future Director Even Greer argued in a statement that “Amazon is dragging us toward a world dominated by total corporate surveillance.”

“They envision neighborhoods that are blanketed in devices that constantly monitor all of us: tracking our movements, analyzing our faces, listening to our conversations, monitoring our heartbeats, and harvesting our most intimate data for the sole purpose of expanding Amazon’s power and profit,” Greer stated.

Alongside its moratorium, Amazon also announced earlier this week changes to its policies surrounding police acquisition of Ring doorbell footage.

Previously, police could send bulk requests to Ring users for access to videos related to criminal investigations. Now, Amazon says, police will have to post their requests publicly on the Neighbors app used by Ring customers.